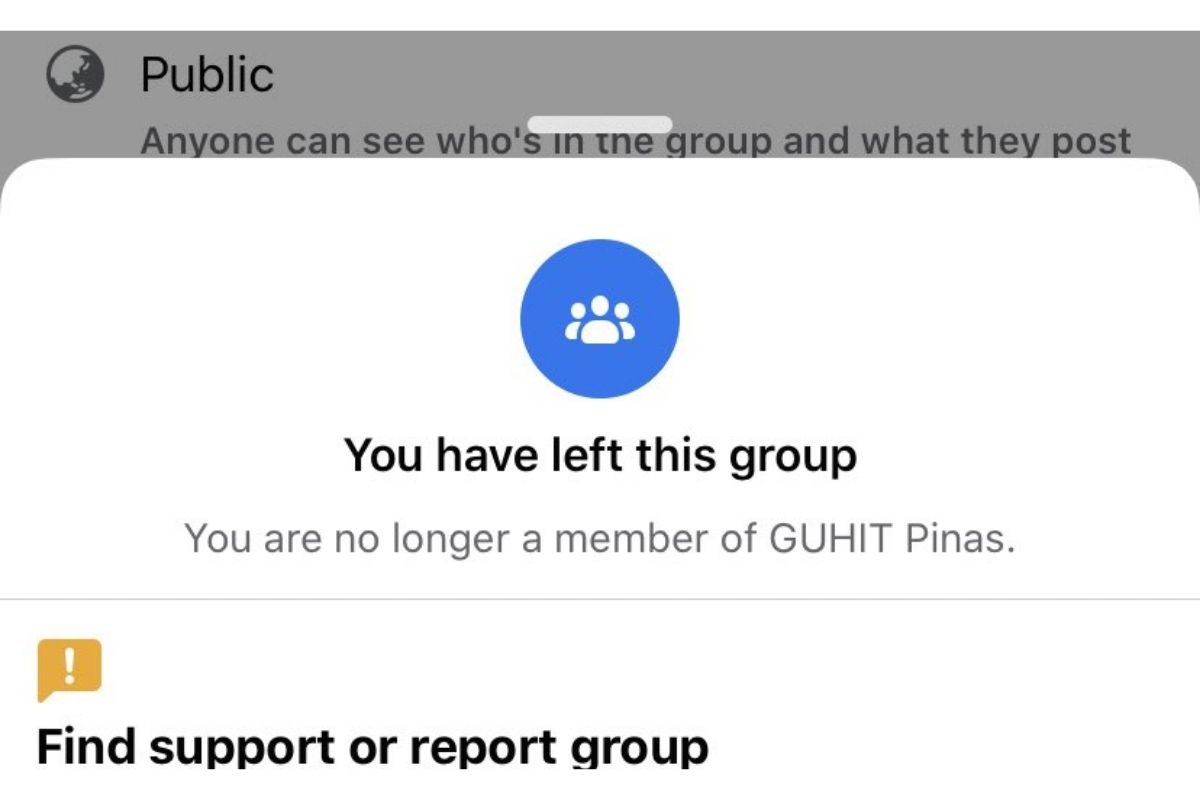 Reign Buenaventura, @reighnism on Twitter, shared screenshots of artworks from the group— one was made by him which shows a man wearing a crop top and holding a tote bag with ‘OUST DU30’ print, and another is a leaf art of President Rodrigo Duterte and SONA 2020 posted by another member.

The artist said his post was taken down by admins, saying it was ‘political’ while the leaf art is being appreciated with over a thousand reactions.

GUHIT PINAS REMOVED MY ART (left) POST SAYING IT WAS POLITICAL WHILE THIS ON THE RIGHT IS BEING APPRECIATED 💅🏻 pic.twitter.com/4UW9zeU9V7

Twitter user @wondernerd1 said the group is a ‘shitty place’ which doesn’t appreciate other art styles rather than realism.

it's a shitty place, no appreciation of other styles besides realism, and it's rampant with a very traditional way of thinking; hence the repetitive content, realism = god tier, and digital art ≠ art

Rebreb @JshRmrz said the reason why he never joined the group is because he was afraid of the insults he might receive.

One of the reasons why I never joined guhit pinas, (tsaka wala din me talent kaya baka laiitin lang me there) charet https://t.co/G2f9qvrPdB

Below are other tweets ‘cancelling’ Guhit Pinas:

guhit pinas is a piece of shit group run by far right sexist assholes so yes please do leave this group asap https://t.co/d0Z6W57Pja

This group page will never appreciate art and even diff art styles. Even the Growing artist who wanted also for improvement by gathering tips and advices BUT NO, THEY INSTEAD JUDGE YOU BY POSTING an “ugly” artwork

I hate how Guhit Pinas sounds the superior art group here when it is the most toxic one. Petition to rename that shit Guhit Pinas to Guhit Panis 💢

Since Guhit Pinas is trending let me give you my thoughts. I've been a member of that community for as long as I could even remember. I have been posting my art for so longgg but I never really got the recognition, but I didn't mind that. There was this trend about artists and---

guhit pinas is the most toxic art group pERIODT 😗 https://t.co/O6rc0KmY1k