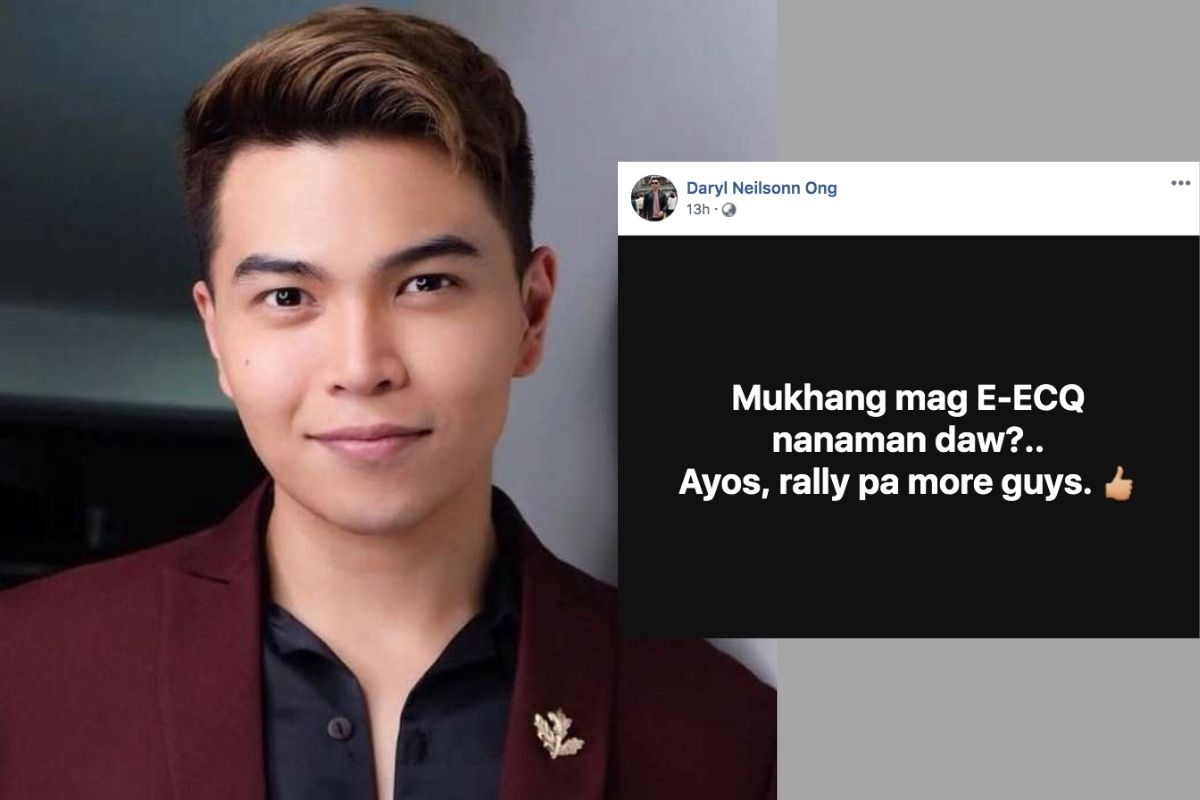 
Singer Daryl Ong received backlash from netizens after his latest Facebook post about reverting to ECQ and rallies went viral.

On his post dated July 27, the singer was confirming if the quarantine protocol will revert to enhanced community quarantine (ECQ). 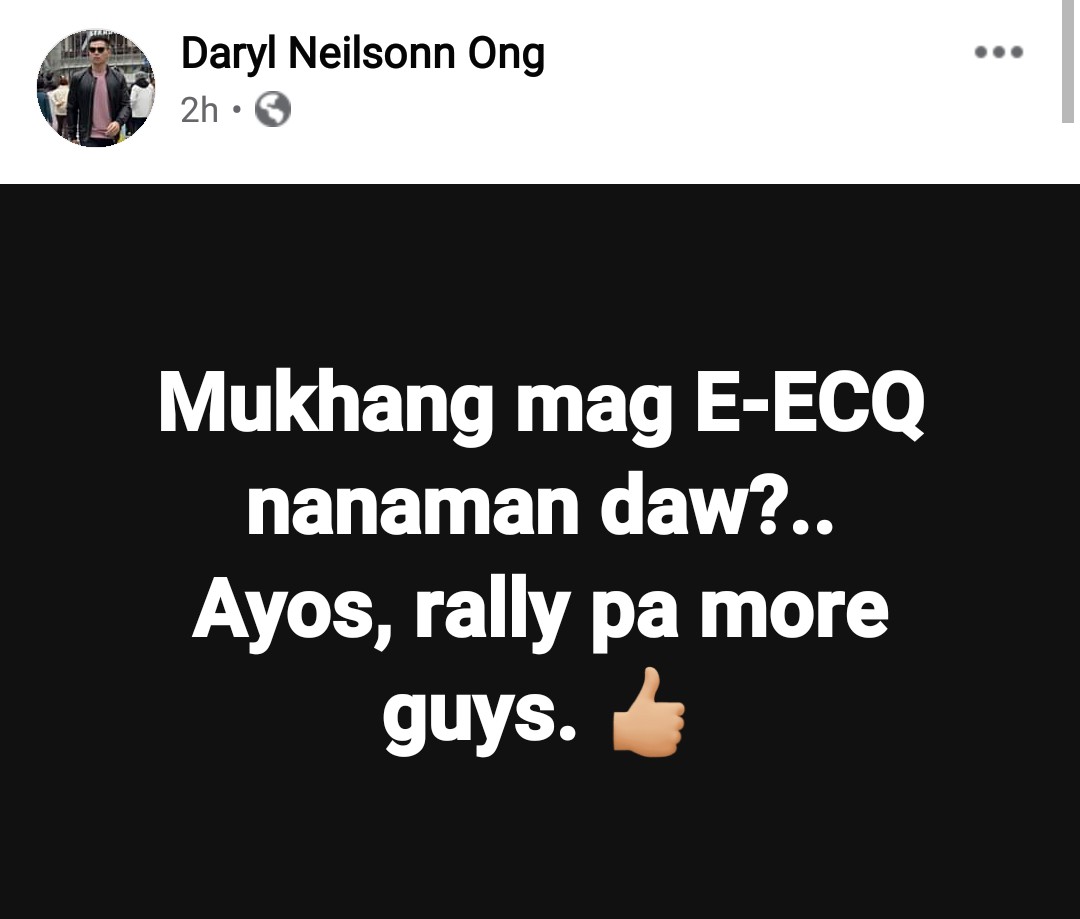 Netizens slammed the singer for ‘invalidating’ the ‘personal choice’ of the protesters who are, in the first place, supported by the World Health Organization (WHO).

Daryl Ong just claimed his opinion as a ‘personal’ matter, yet he invalidated the ‘personal’ choice of the protesters to join some rallies for the country, for the people and for their own families.

Recently, there have been a series of protests supporting the ABS-CBN franchise renewal and condemning the rejection of such.

Some of his fellow artists and colleagues even joined some of the rallies, in support of their embattled home network.

Last month, Ong trended after his revelation that he and fellow ‘BuDaKhel’ artist Bugoy Drilon were banned by ABS-CBN management from performing after they were overheard expressing their opinions regarding the controversial franchise renewal of the network.

Below are some notable tweets:

Why would you cancel Daryl Ong when he doesn't even have a career anymore in the first place pic.twitter.com/zKcT1jgCcA

The way Daryl Ong conveys his posts are just so low class. Yuck.
His music is so classy yet his attitude is a rotten and cheap one.

WHO doesn’t support protests; they just tolerate it. I can’t believe wokes are using that article as an excuse for their stupid decisions.

In that same article, WHO also emphasized to protest RESPONSIBLY. Guess you didn’t reach that part.

FYI - Research Determines Protests Did Not Cause Spike In Coronavirus Caseshttps://t.co/KNp2eN6Orj

Whatever ABS-CBN did to you, you deserve it Daryl Ong! https://t.co/sWiupMrldd