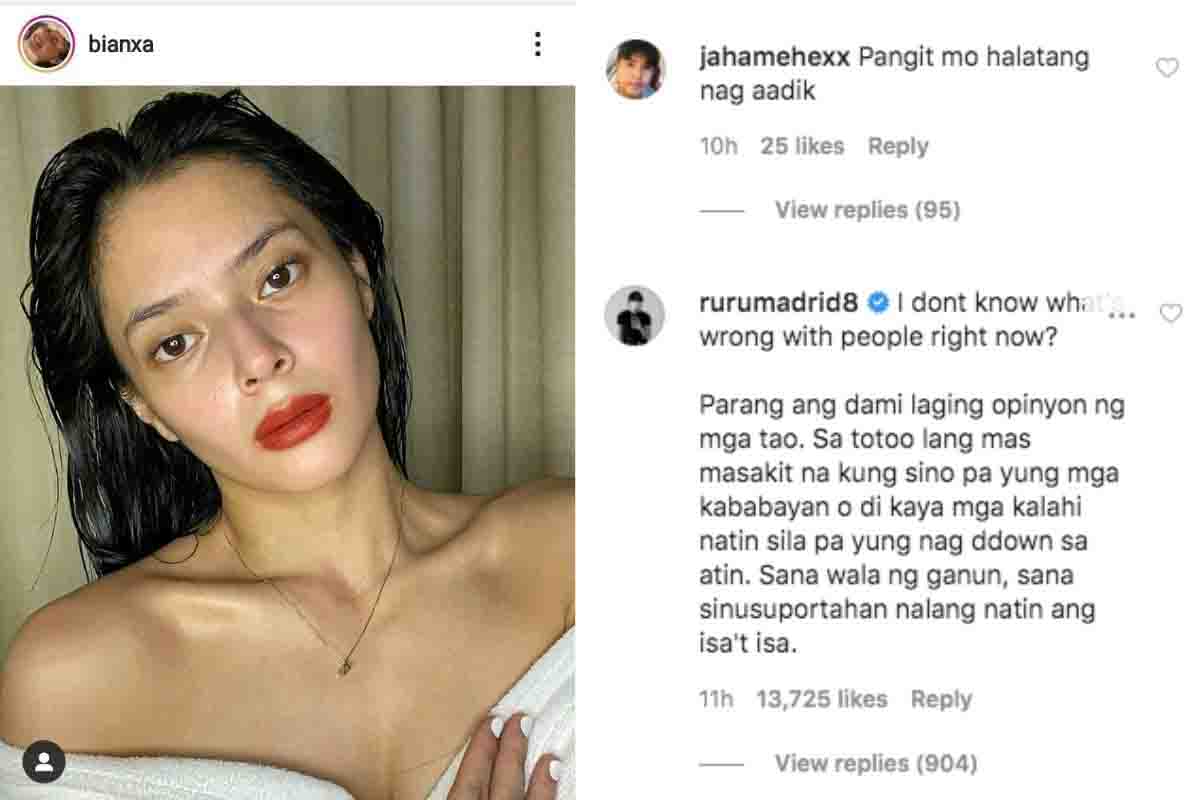 The photo shows a bare-faced Umali wearing red lipstick and a towel. She posed plainly to the camera, showing her distinctly more ‘contoured’ face.

M•A•C Powder Kiss in "Devoted to Chili" 💋 Celebrating #NationalLipstickDay early with @maccosmeticsph ! Join us by getting your favorite Powder Kiss "Mull It Over" and "Devoted To Chili" set with a FREE M•A•C Maker Maine lipstick for only 1,800 pesos for ALL THREE lippies!! Comes with personalization stickers too! 🖤 (swipe up! on the link in my latest IG story)

On Sunday, ‘Bianca Umali’ became the top trending topic in Twitter Philippines after bashers bullied the kapuso actress on the IG comments.

One Twitter user shared a screenshot of the mean comments, saying Umali looks “tuyot” and compared her appearance when she and another Kapuso actor and her long-time leading man Miguel Tanfelix were rumored to be dating to her recent post.

Nakakatawang basahin mga comment about Bianca Umali nila😂😂😂pero parang totoo naman by how she looks right now and before she had a relationship with ruru. We cannot blame them, they have a point tho.
Ctto. pic.twitter.com/gkqjyUOVPv

Lots of fans defended her, but Madrid’s comment and replies to the bashers stood out.

Madrid said it’s painful to know that our own ‘kababayans’ are the same people who want to bring us down. 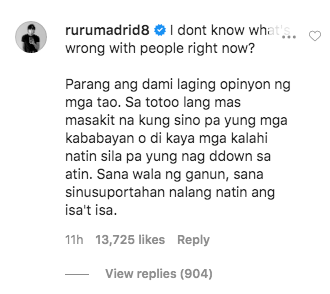 Umali and Madrid have been rumored to be dating since 2018.

Recently, the two became more open with their relationship. Albeit, they still didn’t officially confirm it.

Moreover, fans jumped in Umali's defense and said there’s nothing wrong with her photo.

Below are some notable tweets:

Bianca Umali may be a famous personality, but that doesn't give you the license to body- or slut-shame her just b/c you THINK you know everything about her.

Calling her derogatory names do not reflect poorly on her. On the contrary, they reflect on you, & reveal your character.

There is no problem with this photo of Bianca Umali. The problem is we are living in a fucking judgemental country. Hey ppl wake up its 2020. pic.twitter.com/cULd9P9TMZ

people are whack for bullying [even sexualizing] the shit out of bianca umali because of her recent photo. you dont have the rights to throw degrading words such as 'tuyot' 'patay' etc. because of her physique, its sick and utterly disgusting to have a mindset like that. pic.twitter.com/fw1IHb5ovo

Bianca Umali doesn't deserve all the hates and bullies towards her.
She's beautiful, and she just lose weight. What's wrong with you people? pic.twitter.com/QgilDJDllo

so what if bianca umali lost weight? stop watching peoples every move and making fun of them, if someone gains weight u would also have something to say, and if she loses weight she gets criticized too. where would people like her stand? body shaming is never okay

Bianca Umali is pretty. You're all insecure bitches, smh. https://t.co/c1JBJUzlyU

I can't believe people adopt this mindset amidst the pandemic. Ya'll empowering women but ya'll also bring them down,, 🤡🤡clOwnnNn!🤡🤡 I stalked Bianca Umali latest post because it's trending on Facebook, I want to puke when most of the basher were girls.🤮🤮🤮 pic.twitter.com/yBcG1f3omM