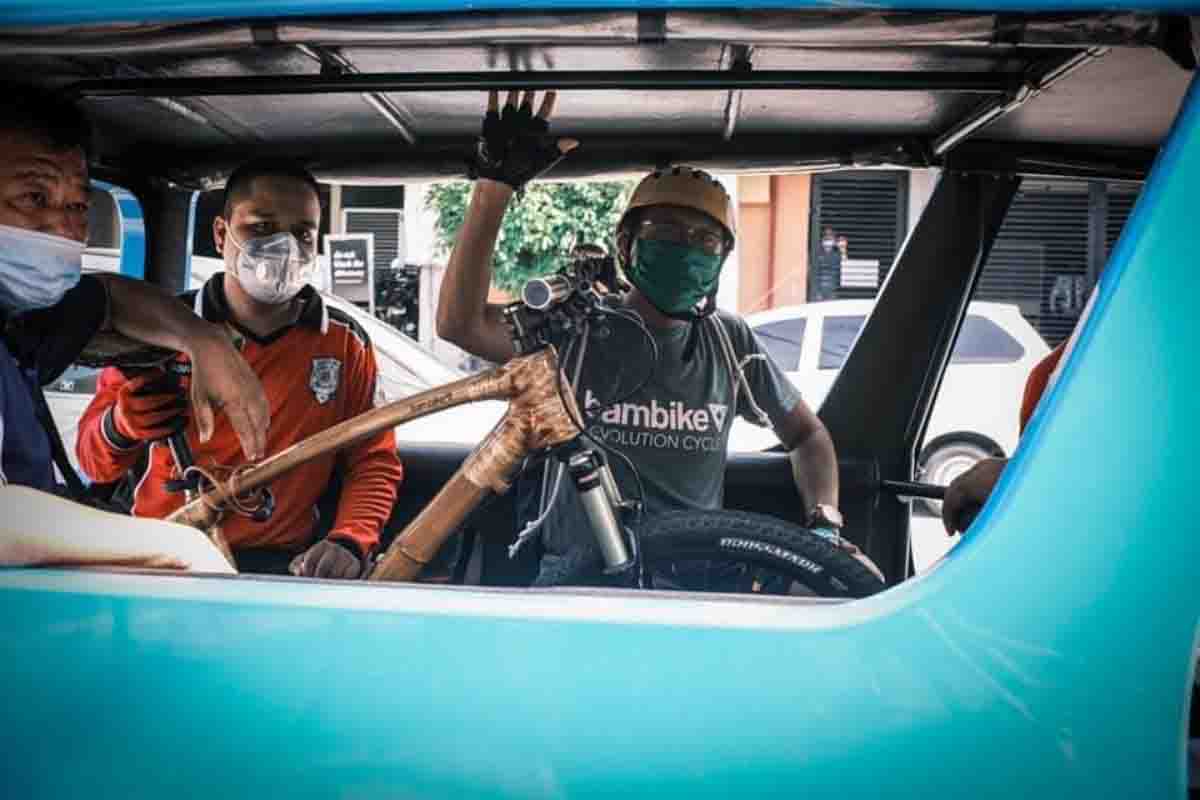 In a Facebook post, Severino narrated he had been early this morning with 2 bambike buddies, Chris Linag and Jilson Tiu.

“We stopped at a bike shop on Mother Ignacia where we ran into Luis Liwanag, famed photojournalist and fellow cyclist, who took the photos of the incident,” he wrote.

“We were all wearing masks. We bought drinks at the store next door, and drank them after pulling down our masks below the mouth (because we have not learned to drink yet with masks on).”

Severino said he finished his drink and returned the bottle to the store. Before he could pull his mask back up, at least three vehicles of QC law enforcers arrived and told him he was talking without covering his mouth.

He was brought to Amoranto Stadium for a seminar. He said he was also allowed to bring his bike.

The Kapuso documentary host said he explained to a group of QC employees that the risk of him infecting other people is almost zero.

“I explained to a group of QC employees there that as a recovered patient who had already tested negative three times for the coronavirus and positive for antibodies since my discharge from the hospital, the risk of me infecting anyone is near zero,” he wrote. “Nevertheless I still wear a mask.”

In the same post, Severino also revealed the QC local government unit did not interview him about his contacts, do any contact tracing, and did not test anyone in his family or any of his close contacts when he tested positive of the disease.

Severino went on and said he followed all other safety protocols including a long isolation and quarantine after his discharge from the hospital. He was declared a recovered patient.

“I have donated plasma for gravely ill patients. I’m very grateful that no one I was in contact with got infected. I’m a lucky person who has gone back to doing things I like to do, including early morning bike rides.”