Kai Sotto gets own court mural in Batangas 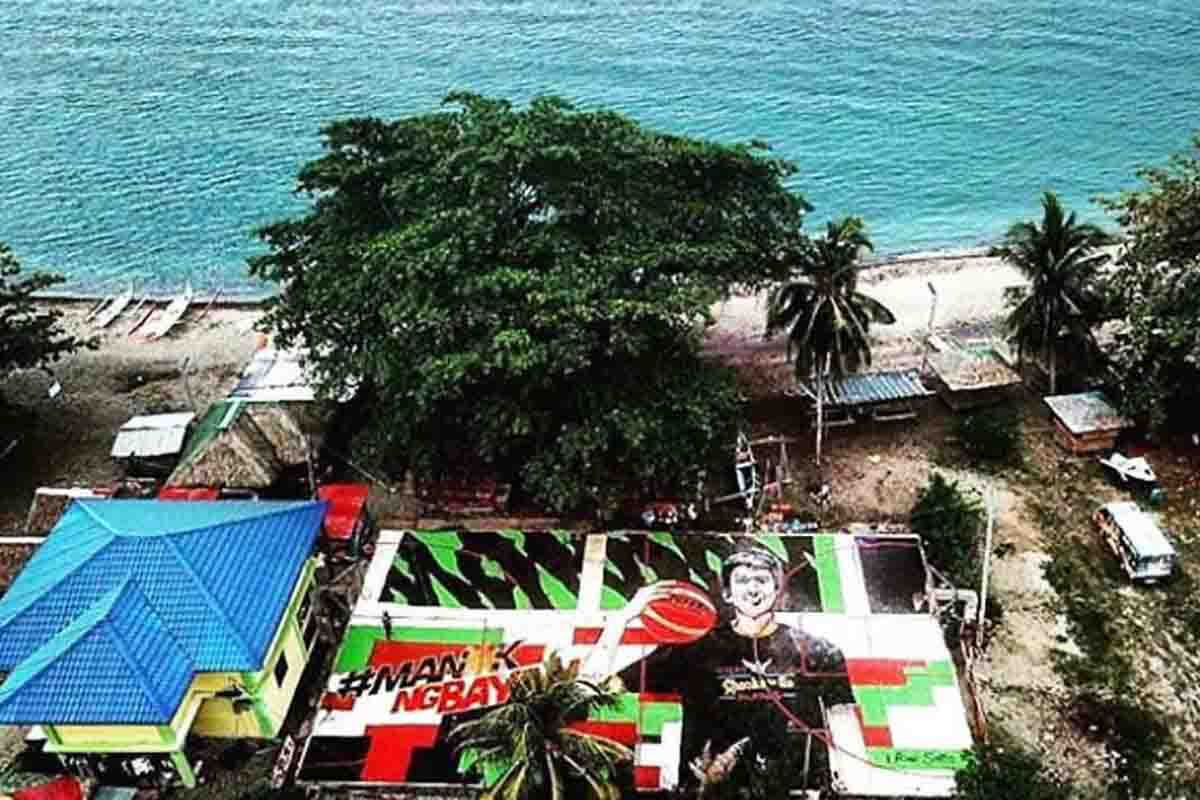 HARDCOURT SUPPORT. A half-body portrait of Kai Sotto along with the Chooks-to-Go Manok ng Bayan campaign logo is featured in the hardcourt mural created by rapper and court artist Mike Swift, located in Batangas. Photo courtesy of Mike Swift (iammikeswift) on Instagram


Rapper and court artist created a court mural dedicated to Kai Sotto who will be embarking on a new journey in his basketball career.

The 18-year-old 7-foot-2 wunderkind Kai Sotto receives more support from one of his supporters in Batangas as he gets his own hardcourt mural.

The mural, which features a half-body photo of Sotto along with the Chooks-to-Go Manok ng Bayan campaign logo, took three days for Swift and the Nippon Gang to finish.

For Swift who has been in Batangas since March, this was his, Chooks-to-Go, and the Batanguenos’ way of showing the basketball star their support for him, and that they are with him on his journey.

“Kai is our bunso in Chooks-to-Go. Literally, we saw him grew up in front of our eyes,” Swift shared.

"For all the hard work Kai has been doing, I wanted to let him know that we are here to support and we believe that he will be the first-ever local Pinoy in the NBA.” Swift added.

Swift also shared that Sotto is a fan of Pinoy rap, thus he plans to do a song about the wunderkind one day.

Sotto earned the Most Valuable Player title during his stint at the University Athletic Association of the Philippines Junior Division.

He left the Philippines last year to chase his dream of playing for the American professional basketball league and become the first full-blooded Filipino in the NBA.

The basketball star is set to skip college to become the first international draft prospect to sign a deal in the NBA G League professional pathway program. He will banner the NBA G League’s newest team with Filipino-American Jalen Green.