ABS-CBN Franchise renewal attempt began in 2014; Everything that happened before the shut down 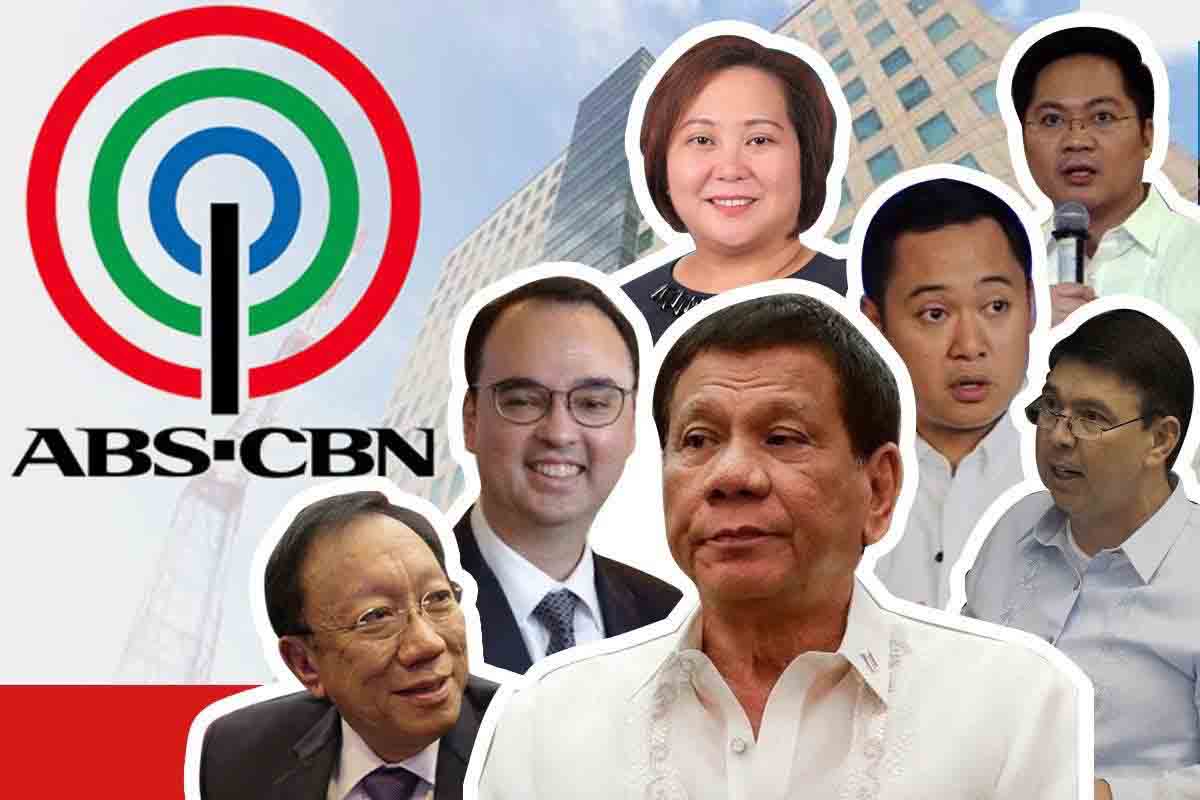 Some of the peronalities involved in the ABS-CBN franchise renewal and shut down.


On May 5, 2020, the Philippines witnessed the signing off of one of the biggest broadcasting networks in the country.

On May 5, 2020, the Philippines witnessed the signing off of one of the biggest broadcasting networks in the country.

Alto Broadcasting System-Chronicle Broadcasting Network or ABS-CBN, shut down their operations to comply with the cease and desist order issued by the National Telecommunications Commission. The order came after ABS-CBN’s franchise expired on May 4, 2020, despite renewal attempts since 2014.

The first House bill seeking to renew the network’s franchise was filed on September 11, 2014, by Isabela Representative Giorgidi Aggabao. The HB does not get past the committee level.

Another House Bills seeking to renew the franchise of ABS-CBN were filed by Rep. Micaela Violago of the second district of Nueva Ecija, and Davao City Rep. Karlo Nograles and PBA Party-List Rep. Jericho Nograles in November 2016. These remain at the committee level.

On November 8, 2018, President Rodrigo Duterte publicly ranted about ABS-CBN, not airing his political ad during the 2016 May elections.

In the same speech, he called ABS-CBN’s chair Gabby Lopez a thief and said he will reject the renewal of the network’s franchise.

December of the following year when Duterte says he will personally “see to it” that ABS-CBN will be out of business by 2020— the year their franchise ends.

On July 1, 2019, Rep. Violago, with 20 other House members signing up as co-authors of the measure, refiles her house bill for the renewal of the franchise. Ten more bills were filed seeking to give the network a new legal mandate.

The same month, another bill was filed by Senator Ralph Recto to extend the franchise of ABS-CBN for 25 more years. Senator Leila De Lima co-authored the measure.

In the first week of December 2019, House Committee on Legislative Franchises chair and Palawan Rep. Franz Alvarez said they will not tackle the filed bills until the end of 2019.

House Speaker Alan Peter Cayetano says the measures can be taken up early 2020.

On February 10, 2020, Solicitor General Jose Calida filed the quo warranto petition versus ABS-CBN. Calida claimed the network committed two grave violations of its existing franchise, namely allowing foreign owners to control the company and offering KBO as an entirely new TV channel. This claim was disputed by ABS-CBN, however, the court asked them to respond in 10 days.

Two days after, Committee Vice Chairman Isabela Rep. Antonio Albano Jr. said the pending measures that time was being discussed in closed doors by the representatives.

Cayetano also vowed they (the House) will be impartial in discussing the issues of the franchise.

On February 18, 2020, Calida asked the court to issue a gag order versus the network. The gag order will stop ABS-CBN and its representatives from discussing his filed quo warranto case.

Two days after, Carlo Katigbak, the CEO and President of ABS-CBN apologized for their shortcomings as he promised to correct them.

On February 24, Justice Secretary Menardo Guevarra told the Senate Committee on Public Services that the National Telecommunications Commission (NTC) can give provisional authority for ABS-CBN to continue their operations.

Come February 26, the House of Representatives asked the NTC to issue a provisional permit to ABS-CBN. With the permit, the network can still continue broadcasting pending the passage of a bill renewing its franchise.

On March 5,  Larry Gadon filed a “writ of prohibition”— to halt the efforts of House members in securing a permit from NTC.

However, on March 10, NTC Commissioner Gamaliel Cordoba told the House Committee on Legislative Franchises that it will issue a provisional authority to ABS-CBN.

The next day, Congress goes on recess without passing any of the bills granting a fresh 25-year franchise to ABS-CBN.

On May 3, Calida warned NTC officials of the possible charges they may face if they issue a provisional permit to ABS-CBN after the franchise expires the following day.

And then on May 5, NTC issued the cease and desist order.

Calida after shut down: Blame Congress for ABS-CBN shut down

SolGen Calida blamed the current situation of ABS-CBN to the congress.

“The bill renewing ABS-CBN’s franchise has been pending in Congress since 2016. The question we should be asking is, why hasn’t Congress acted on it? Who is at fault here?” Calida said in a statement.