DU30 to PhilHealth: Do not require OFWs to pay premiums 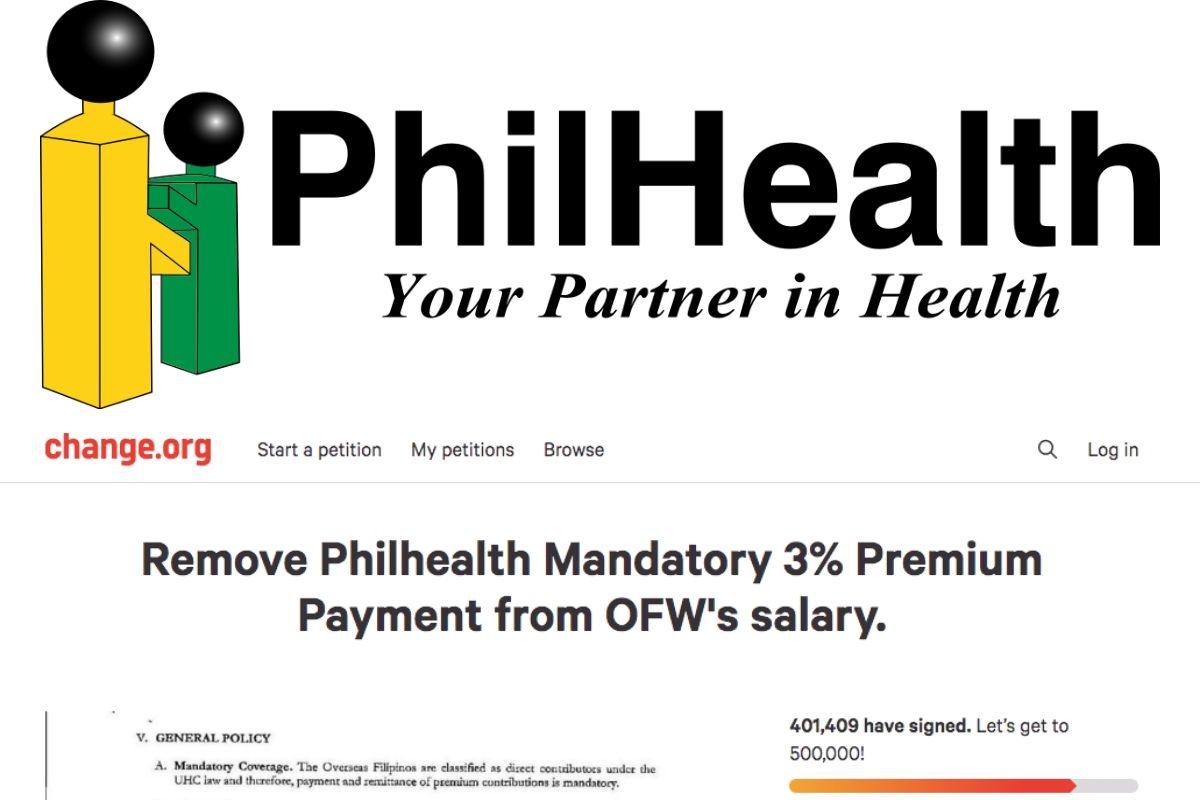 DU30 to PhilHealth: Do not require OFWs to pay premiums

The moratorium came after a new PhilHealth circular drew flak from families of OFWs and OFW groups.

Netizens online said the OFWs don't deserve the increase, especially during this time of pandemic.

An online petition was also made to urge PhilHealth to scrap the directive. It now gained more than 300,000 signatures since the campaign started in late April.

Roque said circular not from his authored law

Presidential Spokesperson Harry Roque earlier clarified that the circular was not mandated by the Universal Health Care law he authored, but is included in the IRR by PhilHealth that was signed by Department of Health Secretary Francisco Duque III.