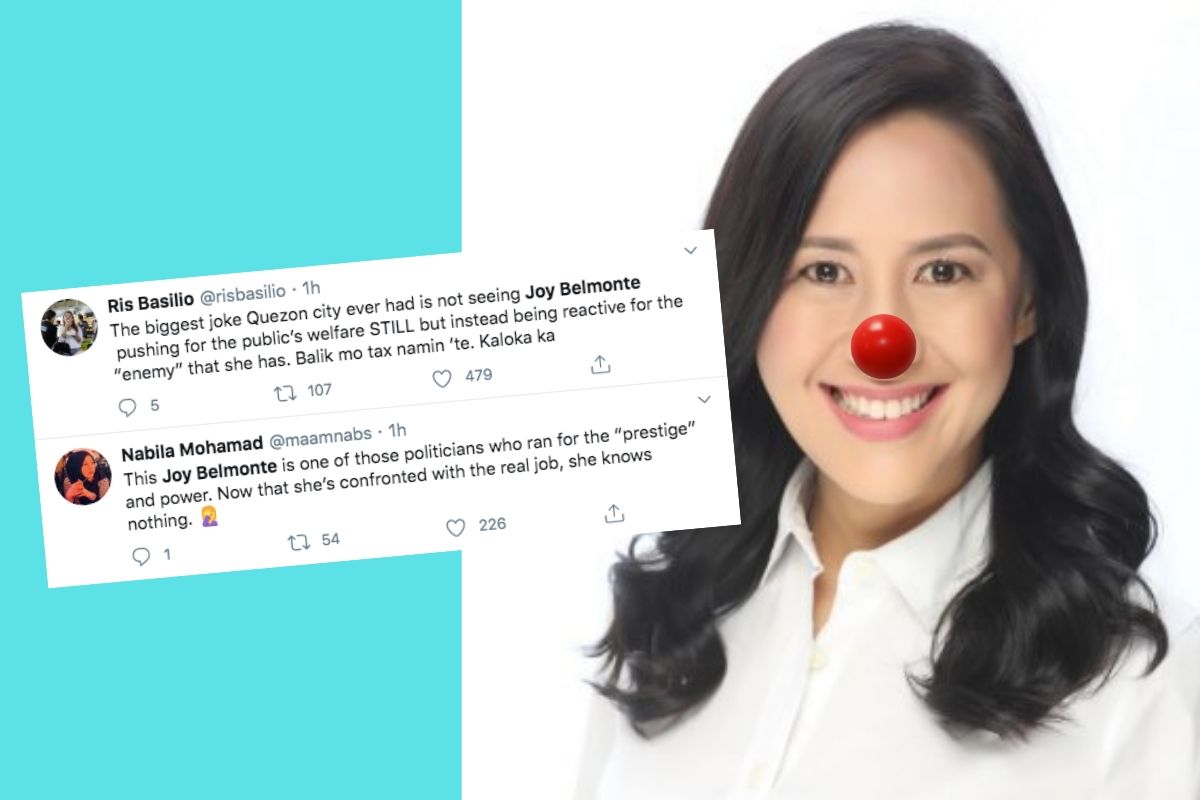 Quezon City Mayor Joy Belmonte is once again at the center of controversies after residents of Sitio San Roque in Barangay Bagong Pag-asa, Quezon City rallied to demand food assistance from the local government.

Twenty protesters, including 14 men and 6 women, were arrested for staging the rally which didn't have a government permit.

In a video uploaded by DZMM teleradyo, the protesters were pinned down by the police along the roads of EDSA.

On Twitter, Netizens are once again disappointed with the lack of response from the Mayor.

275 billion pesos at your disposal and we don't even know what you're fcking doing. Your people are distraught and starving.

I fucking hate Joy Belmonte right now.
We dont see this happening in Pasig or in Manila and other key cities. Quezon City is so fucked up. https://t.co/SOtgzNPc2l

Mayor Joy Belmonte @officialqcmayor, YOUR PEOPLE, I'll repeat YOUR PEOPLE!!! are just asking for goods, they are all desperate, mga walang trabaho ang mga ito. They will not do this shitty thing if only you are able to give them their needs!!!!! Tapos aarestuhin?! https://t.co/vnTC5YgY4H

Quezon City has the highest number of coronavirus disease 2019 (covid-19) cases in the National Capital Region with 331 cases as of March 31, 2020.

This is not the first time Mayor Belmonte received backlash. On March 20, she was on the top trend list after remarks to ‘haters.’