The nets did not name the players but in an interview with The Athletics that he’s of them.

“Everyone be careful, take care of yourself and quarantine. We’re going to get through this," Durant said.

According to the Net’s press release on Tueday, March 17, one of the four players is showing symptoms while the three are asymptomatic. All four of them are now isolated and under the care of the team physician. 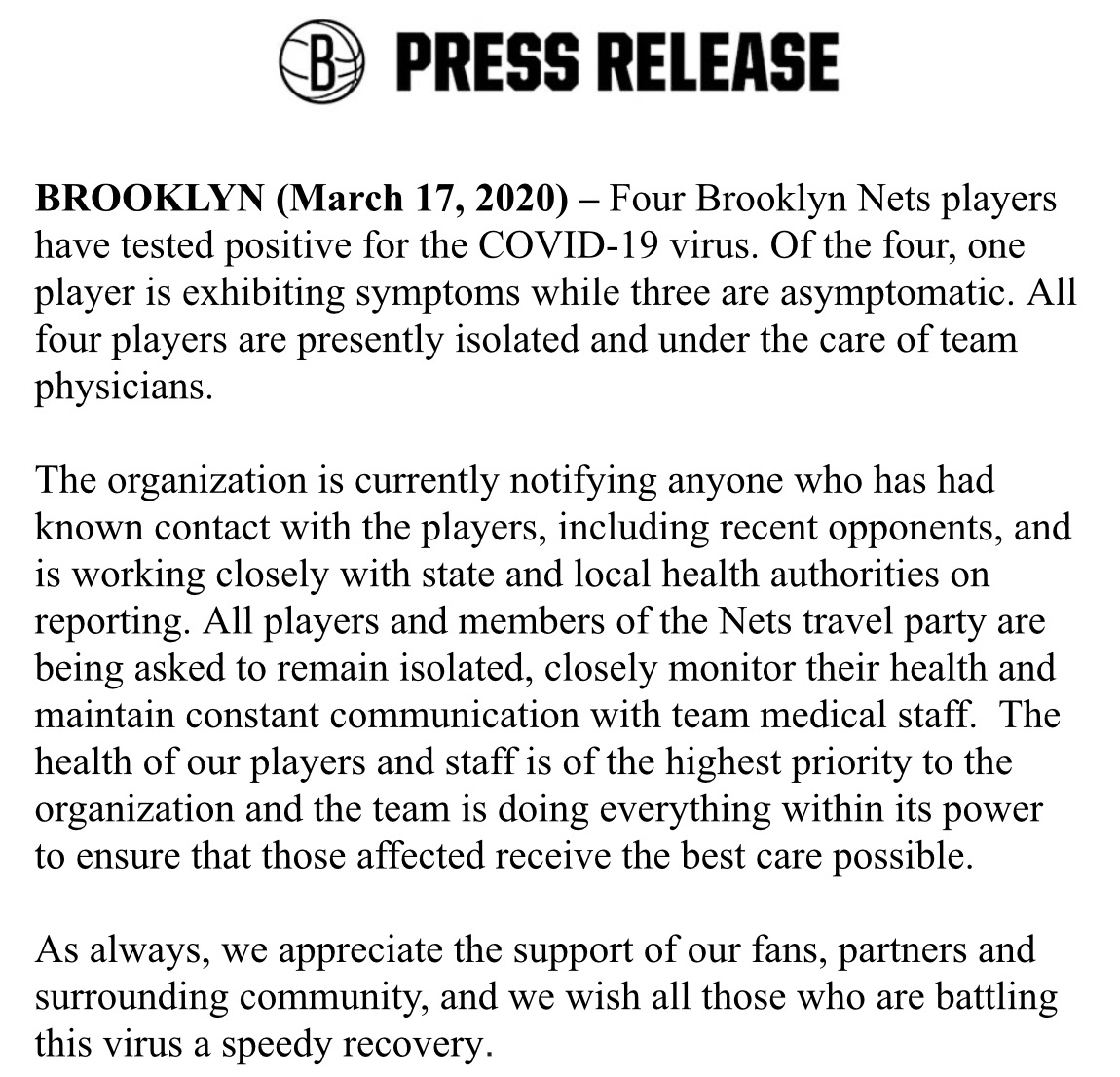 “The organization is currently notifying anyone who has had known contact with the players, including recent opponents, and is working closely with the state and local health authoritites on reporting,” the Nets said.

Moreover, the Nets said the health all players and members of their travel party are being asked to remain isolated and closely monitor their health.

The health of their players and staff is currently Nets’ highest priority. The team is doing everything within its power to ensure those affected will get the best care possible.