Elbow bumps and footshakes? How to be friendly in the time of the virus 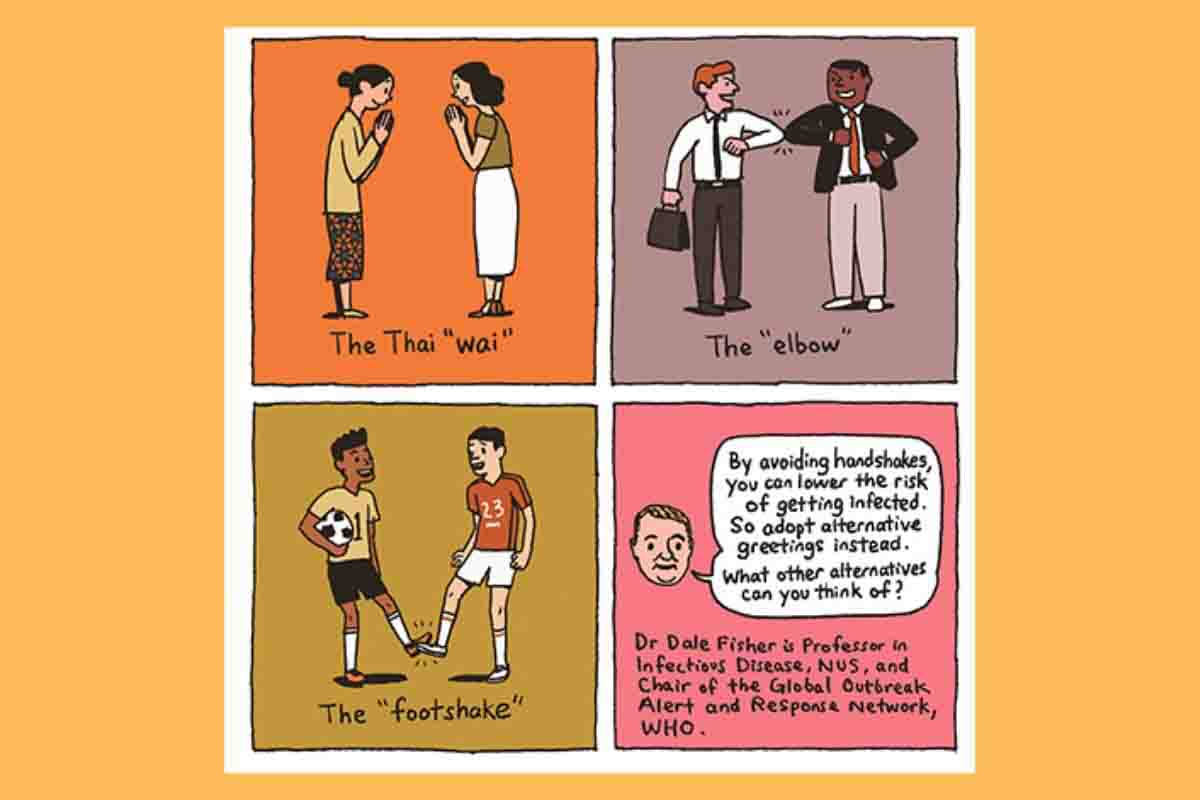 
The coronavirus outbreak is affecting much of the world today, including our social interactions.

In a meeting on Monday, Germany’s internal minister declined the extended hand of chancellor Angela Merkel for a handshake. While that would have been a disrespectful behavior in any other social situation, amid the threats of coronavirus spread, it was necessary.

Nations all over the world have implemented measures to curb the spread of the virus. Some even go against their respective social customs and traditions. Handshakes, hugs, kisses, and other greeting gestures are not advised at this time of an outbreak.

In France, where la bise or cheek-kisses are a long-standing greeting tradition, health minister Oliver Véran discouraged the citizens from practicing such gestures.

“Reduction of physical social contact is recommended. This includes la bise," he said.

Italians who are a generally tactile and affectionate group of people are also advised against having too much close contact. As Italy is facing one of the worst coronavirus outbreaks outside China, Head of Civil Protection Angelo Borrelli said that tactile social interactions should be avoided at this time.

"Maybe it is better in this period not to shake hands, and do not have too much contact, and try to be a bit less expansive, which is different from how I am," said Borrelli.

The coronavirus disease (COVID-19) has reached more than 70 countries worldwide, infecting over 90,000 people. The virus, which began in Wuhan, China, can be spread through coughing and sneezing, or touching an infected surface and then touching the eyes, nose, or mouth. That’s why handshakes and other direct contacts between individuals are highly discouraged.

But as humans constantly in social interactions, we cannot just eliminate greetings and other social gestures. So people have come up with alternative greeting gestures to replace direct contact.

The National University of Singapore (NUS) created a comic depicting the different ways of greeting others aside from the usual handshake. This includes the usual wave, the Thai “wai” or a small bow with hands together, and elbow bumps. 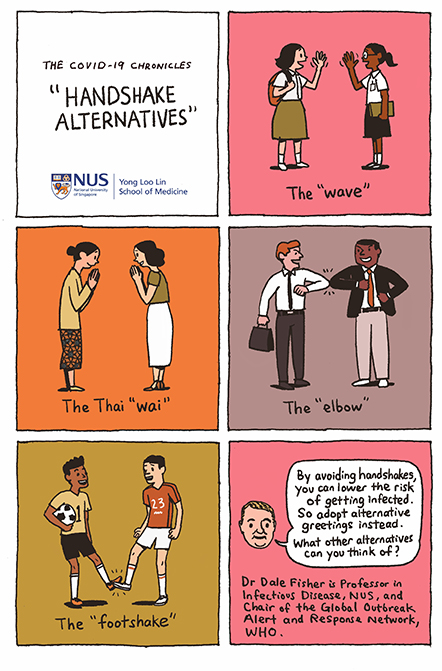 In Iran, people have also created a new form of greeting with footshakes, or tapping each other’s foot as a way of saying hello. The gesture is also done in Wuhan, the epicenter of the virus, and has been dubbed as the “Wuhan handshake.”

How to meet and greet in the age of the #Coronavirius - Made in Iran. pic.twitter.com/ZOKUOLNSXt

As the virus continues to infect more people around the world, precaution is one of the best weapons. Refraining from close contact might be one of the ways, but in social situations where it is unavoidable, handwashing and maintaining good hygiene would also do the job in protecting ourselves from the disease.