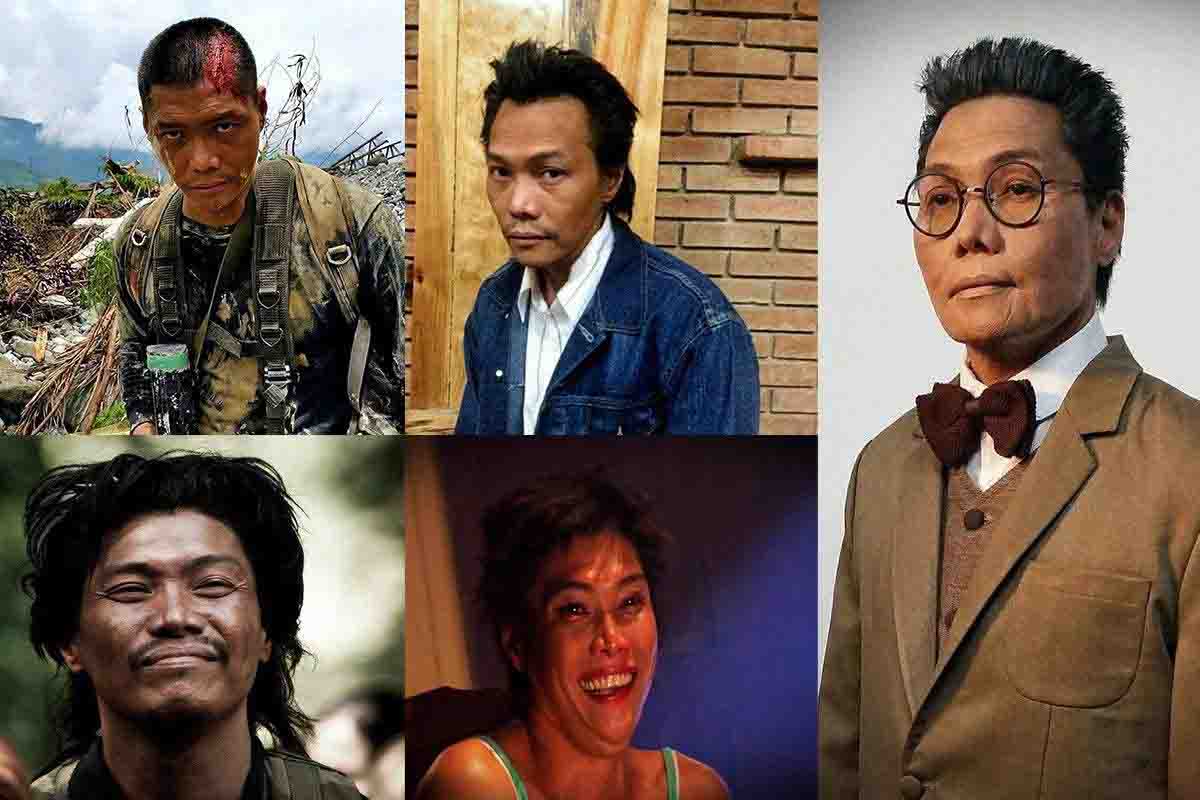 Mon Confiado in his iconic roles. A character actor who mastered method acting.


"Versatility is not just a noun, it's human nature."

Philippine Cinema has gained a lot of recognition not just in our country but around the globe. And we can all agree that every generation has its fair share of pride to add in the list of acknowledgments given to Filipino filmmakers. While the online world is talking about range, can we not sleep on this actor’s dedication and passion in the industry? This person is none other than the actor of every generation---Mon Confiado.

When you say ‘range’, Mon Confiado’s name should be at the top of the list because no one has his range.  Here are some of the proofs that Mon Confiado is the most dedicated actor of Philippine Cinema:

1. He effortlessly pulled off a gay character diagnosed with Schizophrenia in his film, 'Pilantik'. As an actor, they can’t choose whatever the script is asking them, thus, they must appear that what they are portraying exists in real life--and that’s what he did in his gay character in this film. The hallucinations, delusions, and illogical thoughts needed by the character were given so much justice by Confiado.

These simply mean experiences that someone with schizophrenia has, such as hallucinations, delusions, unusual physical movements, and illogical thoughts. People with schizophrenia can hear a variety of noises and voices, which often get louder, meaner, and more persuasive over time. 🎬Stills from the film “PILANTIK”

2. He immerses himself not just in the character but also in its environment, just like what he did with 'The Diplomat Hotel'. While other actors sleep in comfortable hotel rooms, Mon Confiado shared that he chose to stay in the Ruins of the Diplomat Hotel while doing the film. He also lost 40 lbs in a month, cut his hair, changed his posture, and also changed his voice even outside the set just to fully embrace the character of a weird old man.

It was an amazing experience doing this character! It's like you've abandoned your body. *lost 40lbs *shaved hairline and pate *body slouch posture for 3 weeks *deeper voice speaking for 3 weeks *slept in the Diplomat Hotel Ruins in the entire shooting 🎬🎬🎬 📷 Photo from the BTS of the film The Diplomat Hotel/Tyke King

3. Is willing to do whatever it takes to achieve what’s needed for the scene--even swam in a mud filled with parasitic worms. While filming for ‘IISA’, Confiado had to walk on rocky roads of Compostela Valley and swam in a mud that they’ve found out positive for Schistosomiasis, a disease caused by parasitic worms which can affect the urinary tract or the intestines if exposed for a long time. He was given a vaccine to ensure that it won’t affect his health.

Acting is not about being famous. We as actors, have to not only memorize pages and pages of lines and say them, but we also have to dive deeper into emotions in order for those words we memorized to seem real and authentic, from changing our appearances, speeches, mannerisms, nuances to better adapt to a character. Professionalism, dedication and sacrifices are very much required. 📷BTS from the film "IISA" (As One) *Suntanned *Lost weight *Shaved hair in order to achieved the head injury (Thank you for the prosthetics you gave me maam Cecile Baun) *went & shot in actual location in Compostela Valley, Mindanao. 1 hr walking on rocks. (where Typhoon Pablo had affected more than 223,000 people and death toll climbed to more than 200 in 2012.) *swam in the mud (which we discovered after the shoot that it was positive in Schistosomiasis. Had vaccine after.) *Schistosomiasis is a disease caused by parasitic flatworms. The urinary tract or the intestines may be infected.Symptoms include abdominal pain, diarrhea, bloody stool, or blood in the urine.Those who have been infected for a long time may experience liver damage, kidney failure, infertility, or bladder cancer.

4. Sacrifices hygiene for more realistic physical features. For the film, ‘Captive’, he’s given the role of a rebel. He admitted that he didn’t take a bath for the whole making of the film and exposed himself under the sun because he didn't want to fake the physique of the character he’s portraying.

"a suntanned face" ...intentionally exposed to the sun in order to achieve this color for a character. #nomakeup #nobathfortheentireshoot 📷Photo by Benjamin Padero from the film "Captive"

5. Dives deeper into the role. With his remarkable character as Emilio Aguinaldo in Heneral Luna and GOYO: Ang Batang Heneral, he portrayed the same role but a lot of changes were seen in two different films. For GOYO he lost 25 lbs and waited for his hair to grow longer to make the struggle of El Presidente appear vivid. He relived the story told in history and made it more imaginable for the viewers.

As per Mon Confiado, the challenge for him is not the role but how he is going to portray the role given to him. His love, passion, and dedication for his craft are always seen in everything he does. He wanted to serve as an inspiration for his fellow actors to deepen the acting in Philippine Cinema. Script should not adjust for the actors but the other way around. With that, no one really has his range!