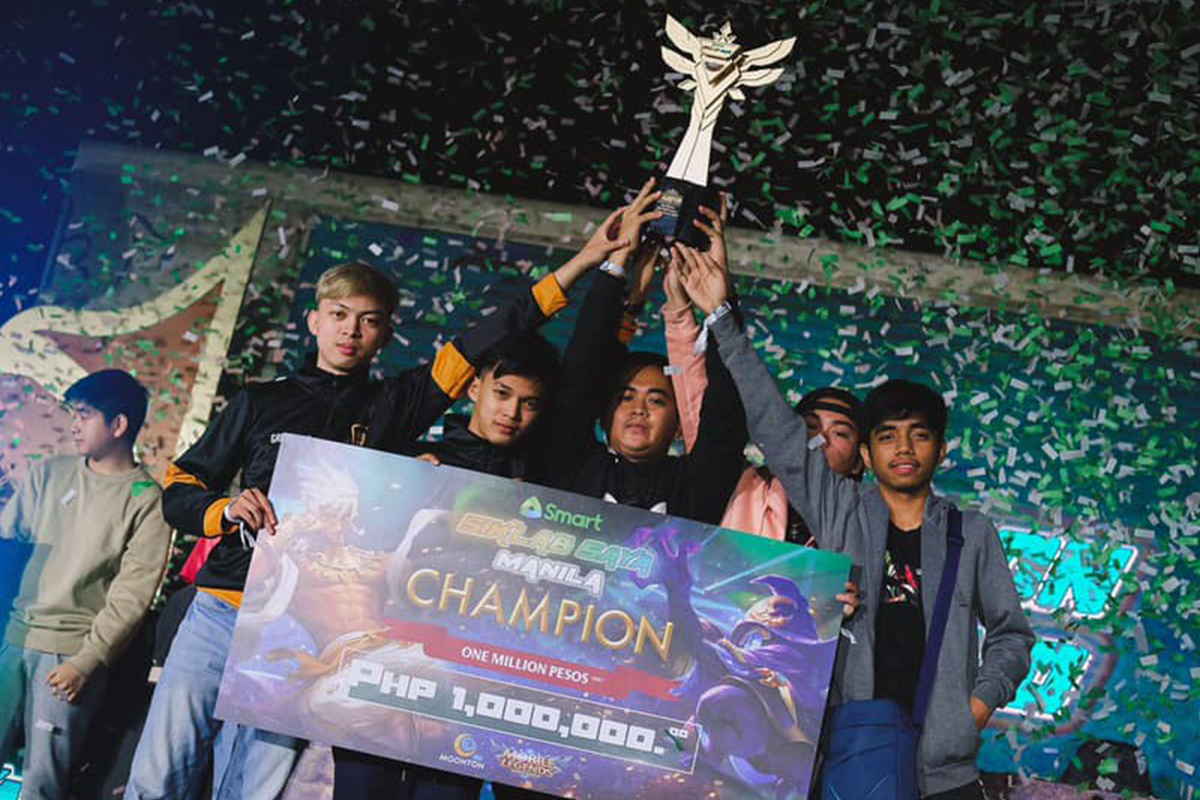 
The ‘biggest Mobile Legends gathering in the Philippines’.

When gaming isn’t a hobby anymore but can even be a livelihood for some. With the growing popularity of E-Sport, it is no surprise that a large company would ride on the gaming scene.

One of the Philippines largest telecommunications and service provider, Smart Communication Inc. made the biggest Mobile legends gathering in the country possible.

It was a fun-filled event; features a cosplay expo, Mobile Legends-themed VR games, physical prizes like shirts and jackets to digital ones, like skins, and the main attraction, the 5-on-5 tournament.

64 teams from all around the country joined in and competed against each other for the chance of bringing home the Grand Prize. The championship was held at the SM City North EDSA Skydome.

And the team who out-bested the other 63 teams was ‘Team Trabaho’, a group formed days before the tournament. They won 2 games of the best-of-three set against ‘Team KNP’ to secure the title and the Grand Prize of 1 Million pesos

Check out the Championship battle here. Now, who says games are bad for you?