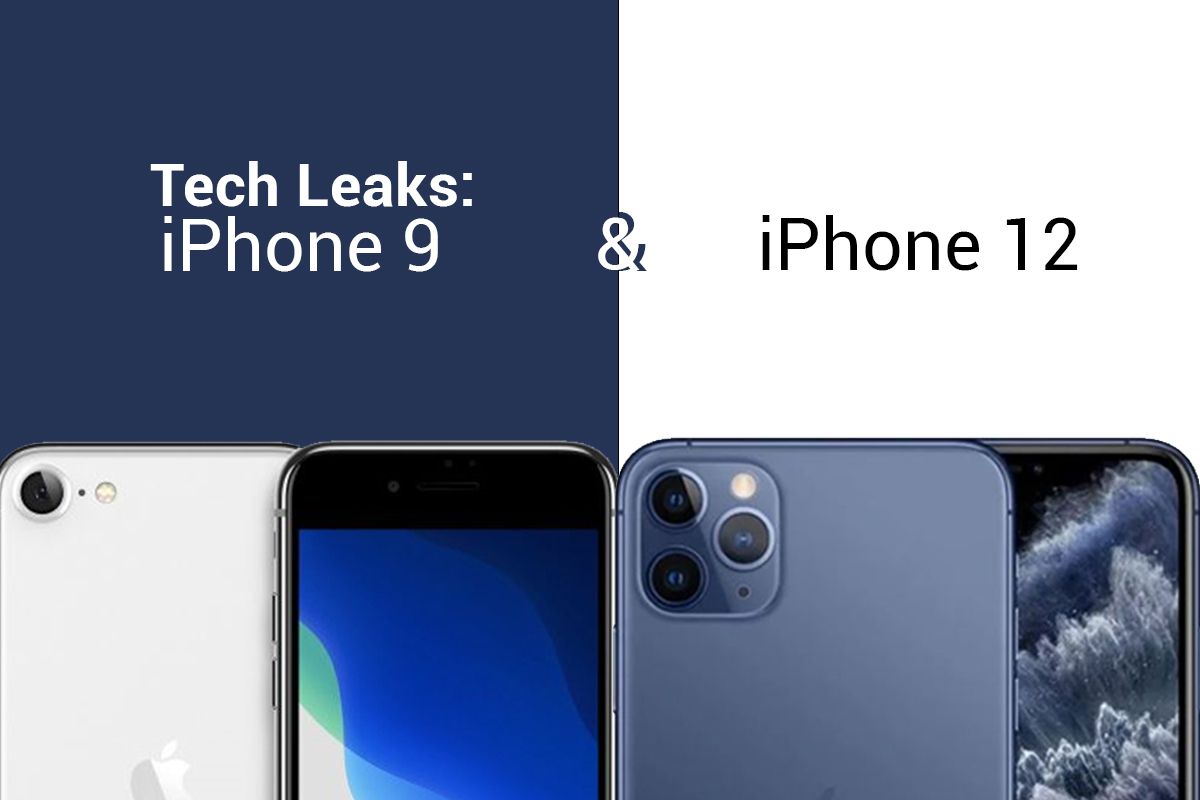 
Double-the-trouble, twice the iPhones this year, probably a new color, the rumored Navy Blue, and the budgeted iPhone.

Check the date, is it the year 2015? Because Apple’s new “affordable” iPhone is set for production this Mid-February and when was the last time you heard of an iOS smartphone costing less than $400, probably less than P25,000.00 and that’s with tax already (speculation).

Though, they will still release their usual flagship smartphone, the iPhone 11’s successor, the anticipated iPhone 12.

iPhone 9: Compact Smartphones are back!
The names’ are confusing, I know, but to make it clear. The iPhone 9 is going to be the successor of the iPhone 8, not the SE, that’s why the new iPhone is sporting the one-eyed camera and round edges design of the iPhone 8.

One thing is for sure, it’s a compact phone, like the previous iPhones (Hello, iPhone 5S and iPhone 6), sporting a comfortable size of a 4.7-inch display, not much of a handful. Also with the price, don’t expect an OLED display, rumors say it’ll have an LED Display. But who knows, Apple might feel generous and give us otherwise.

According to macrumors.com, it is packed with Apple’s powerful chip seen in the iPhone 11 series, A13 Bionic, accompanied by 3GB of RAM. With the choice of opting for a 64GB or 128GB storage. A serious steal, to experience the newest chipset, for just a quarter of the price of the iPhone 11.

Speaking of Camera, it won’t have the 2 nor 3 rear-lenses of the iPhone 11 but sport one, yet capable camera. It will also come with 'Touch ID'. Rumored colors, according to macrumors.com are Red, Silver, and Space Gray colors. A budgeted-oriented iPhone, who knows those two words would be in the same sentence together.

iPhone 12: Even More Powerful.
Jeez, Apple, it hasn’t been a year yet and here you are giving us more phones our wallets don’t want. Here’s what we know so far, firstly, it’s going to be expensive, and second of all, it’s going to have 4 phones in its lineup. If Apple followed the same naming system they have with the iPhone 11, Pro, and Pro Max, then expect the same variation.

Display: The iPhone 12 series will feature 4 phones; a 5.4-inches, 6.7-inches, and two 6.1-inches display sizes. The bigger size variation of 6.7-inches and the other 6.1-inches would opt for the better, higher-end OLED display, in theory, could be the Pro/Pro Max variation. Meanwhile, the 5.4-inches and the other 6.1-inches will probably be the vanilla, basic iPhone 12, but will also probably sport an OLED display.

Design: Apple did a couple of redesign with its best-selling smartphones in the previous years, such as the curved edges of the iPhone 6, the all-glass iPhone 8, and the all-screen iPhone X. Well, this time, they plan to bring back the metal-frame the iPhone 4 sported way back in 2010 and mixed with the iPhone X’s all-screen display.

Good ol’ iPhone 4. The metal frame could make an appearance in the new iPhone 9. Courtesy of gsmarena.com

But the rumored redesign with at least one of the 2020 iPhones, according to Apple analyst Ming-Chi Kuo will be projected to have an improved screen-to-bezel ratio, no more notch, a definite all-screen display.

Finally, no notch. Apple finally went and removed the camera notch that every other tech company has been doing. Courtesy of macrumors.com

Inside: Despite the already powerful and power-efficient A13 Bionic chipset, Apple has already projected the production of a new 5nm (nanometer) chipset, the A14 in the second quarter of 2020. Apple invested $25B to the development and production of this Chipset to be available on their new iPhones this 2020. According to macrumors.com, “the 5-nanometer process will produce chips that are smaller, faster, and more battery efficient due to improved thermal management.”

The iPhone 12 is also equipped with two 4GB of RAM, while the ‘Pro’ version would sport 6GB of RAM, according to Barclays analyst Blayne Curtis.

Rear-Camera: We will also be equipped with the three-combination lenses that we saw with the iPhone 11 Pro/Pro Max. More Camera improvement, according to macrumors.com, “rumors suggest Apple will add a laser-powered time-of-flight 3D rear camera to the iPhone 12 Pro, which will bring significant improvements in augmented reality experiences.” Basically, this includes a laser that bounces of objects in the room, creating a virtual sketch of the place. As well as sensor-shift image stabilization technology. Allowing a more in-depth captured photo. Though, it is suggested that the high-end 2020 iPhones or the “Pro/Pro Max” variation will include this. While the cheaper 2020 iPhone, will just get the dual-lens camera setup like the iPhone 11.

Front-Camera: Like what I mentioned earlier, with the true, all-screen display, according to Barclays analysts believe the iPhone 12 will feature a "refreshed" TrueDepth camera system, though there are no details from Barclays on what might be improved.

What’s new! Other than the new chipset and camera technology, the new 2020 iPhone could probably release a new color, Apple’s has this sort of tradition to put a different color in their flagship, like the Product (Red) iPhone 8 and the Midnight Green for iPhone 11 Pro/Max. The projected new color is Navy blue. And, of course, it’ll be supporting 5G connectivity.

Feelin’ Blue. It does look a bit like Violet. Courtesy of macrumors.com via EverythingApplePro/Max Weinbach

The iPhone 12 series will be announced in September this year, while the iPhone 9 is set to launch in March of this year as well. As for the release here in the Philippines, let’s just wait for future announcements.