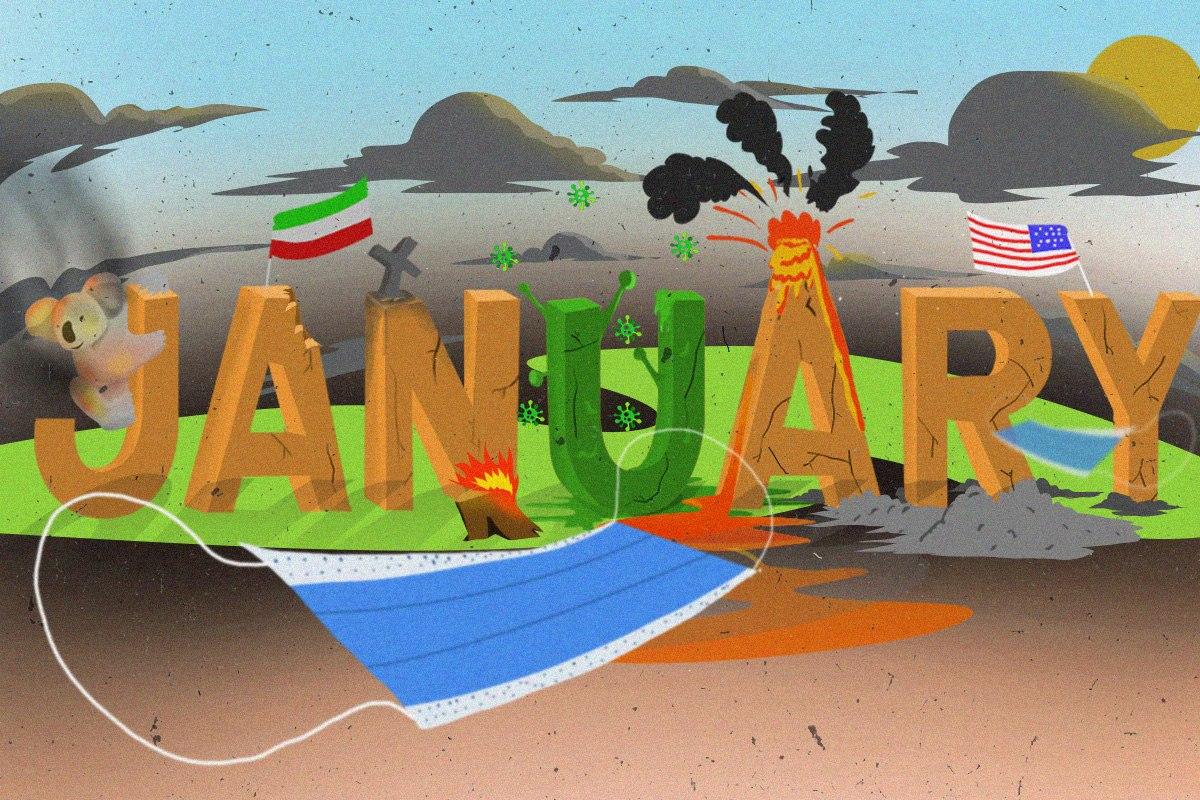 
What a month, January!

Thinking about the things that happened in this first month of the new decade, it almost feels like it has been January for 3 years now. For some parts, it’s just never-dying memes and trends online. But for the most of it, you can pick from World War threats to the deadly respiratory virus spreading quickly worldwide.

Right after the loud noises of fireworks and firecrackers on New Year’s Eve 2020, the banging sound of drone strikes woke up the world.

On January 3, Iranian major general Qasem Soleimani of the Islamic Revolutionary Guard Corps was killed when US drone strikes hit near the Baghdad International Airport.

The death of the major general, who is widely seen as the second most powerful figure in Iran, sparked speculations that World War 3 might begin. Luckily for all of us, the tension cooled down.

Qassem Soleimani, the powerful head of Iran’s Quds Force. | Photo courtesy of Office of the Iranian Supreme Leader via AP

While the World Health Organization (WHO) was first alerted to several cases of pneumonia in Wuhan City, Hubei Province of China in December 31, 2019, it was only in January 7, 2020, when Chinese authorities confirmed that they had identified a new virus— temporarily named “2019-nCoV” and what is known today as the Novel Coronavirus or Wuhan virus.

Since then, the virus has easily spread all over Hubei and even to other Asian countries, as well as to the US and Europe.

As of writing, there are a total of 6, 052 cases of the virus all over the world with 132 deaths. Moreover, there are 107 total patients cured.

The resilience of Filipinos is once again tested when a disaster hits the country. On January 12, the Taal Volcano erupted after 43 years. The Philippine Institute of Volcanology and Seismology escalated the alert level from Alert Level 2 to Alert Level 4.

Many provinces near Batangas, including Cavite, Tagaytay, and even Metro Manila were affected by the ashfalls. Despite this, the volcano’s wrath also brought out the “Bayanihan” spirit in Filipinos.

Different efforts were carried out to help the evacuees and animals on the island. The catastrophe indeed called for the rebuilding of the faith of Filipinos.

Possibly the saddest day in the history of NBA and basketball, Los Angeles Lakers’ Kobe Bryant died in a helicopter crash in Calabasas, California. With him are 9 others including his 13-year old daughter Gianna. Reports say that they are on their way to the basketball training where Gianna goes.

Bryant played shooting guard for Los Angeles Lakers in his 20 long years in the league. As a rookie, Bryant won the slam dunk contest in 1997. He was the youngest NBA player to do it.

The news broke many of their fan’s hearts, with ‘James Reid’, ‘Nadine’, and even ‘Issa Pressman’ trending the whole day. Issa Pressman is actress Yassi Pressman’s sister. Issa was rumored to have been the cause of the breakup of JaDine. But the involved parties, later on, cleared things up and said that the speculations online are false.