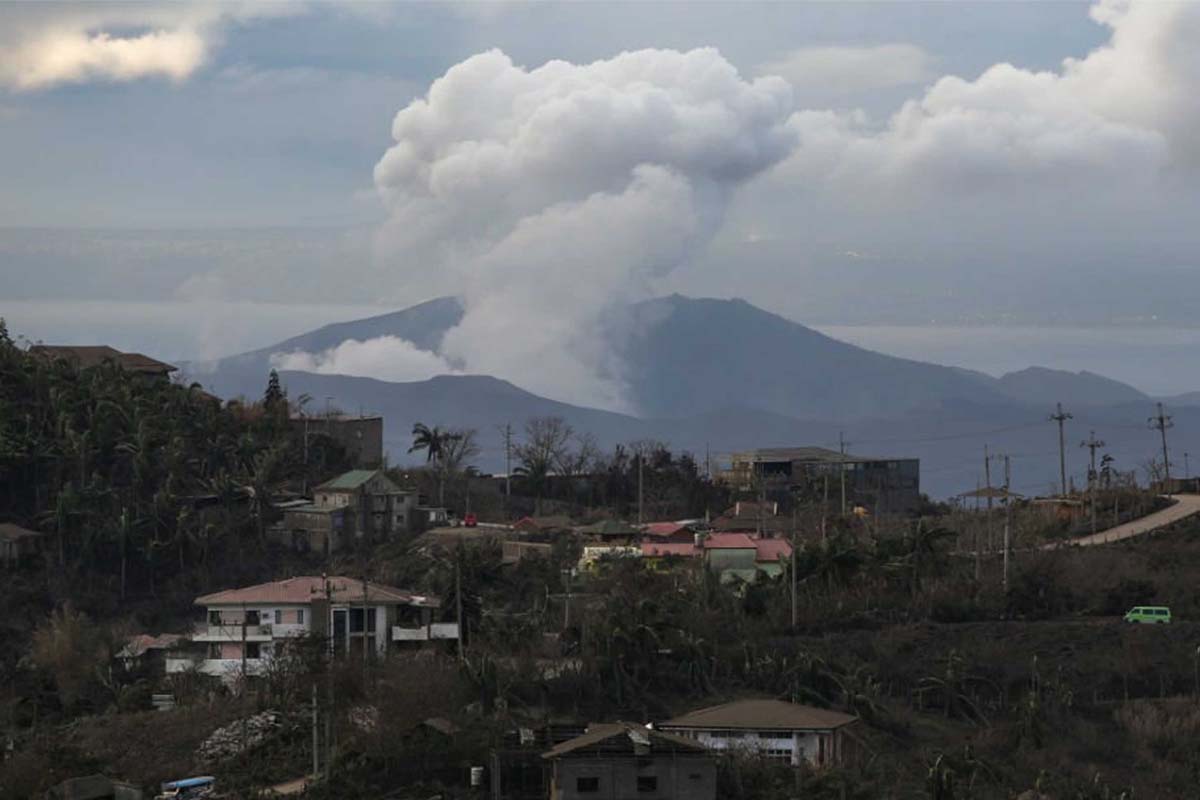 TAAL VOLCANO ALERT. On January 24, the main crater was reported to be releasing 50 to 500 meters high thick smoke of ash. Photo courtesy of Reuters

Phivolcs Director Renato Solidum noted that the steaming started around five in the morning, it emitted thick smoke. In the past 24 hours, Phivolcs announced in its Taal Volcano Bulletin that the activity in the main crater is “characterized by weak to moderate emission of white steam-laden plumes 50 to 500 meters high,” which drifted southwest.

This visible sign of sustained volcanic activity came several days after the volcano appeared to have calmed down. Solidum stated that the increase of steaming is part of the volcano's activity; Phivolcs said on Thursday that volcanic tremors and sulfur dioxide emissions are decreasing over time, however, this does not lessen the threat of a possible hazardous eruption.

“DOST-PHIVOLCS strongly reiterates total evacuation of Taal Volcano Island and high-risk areas as identified in the hazard maps within the 14-km radius from Taal Main Crater and along the Pansipit River Valley where fissuring has been observed,” Phivolcs stated in its latest bulletin.