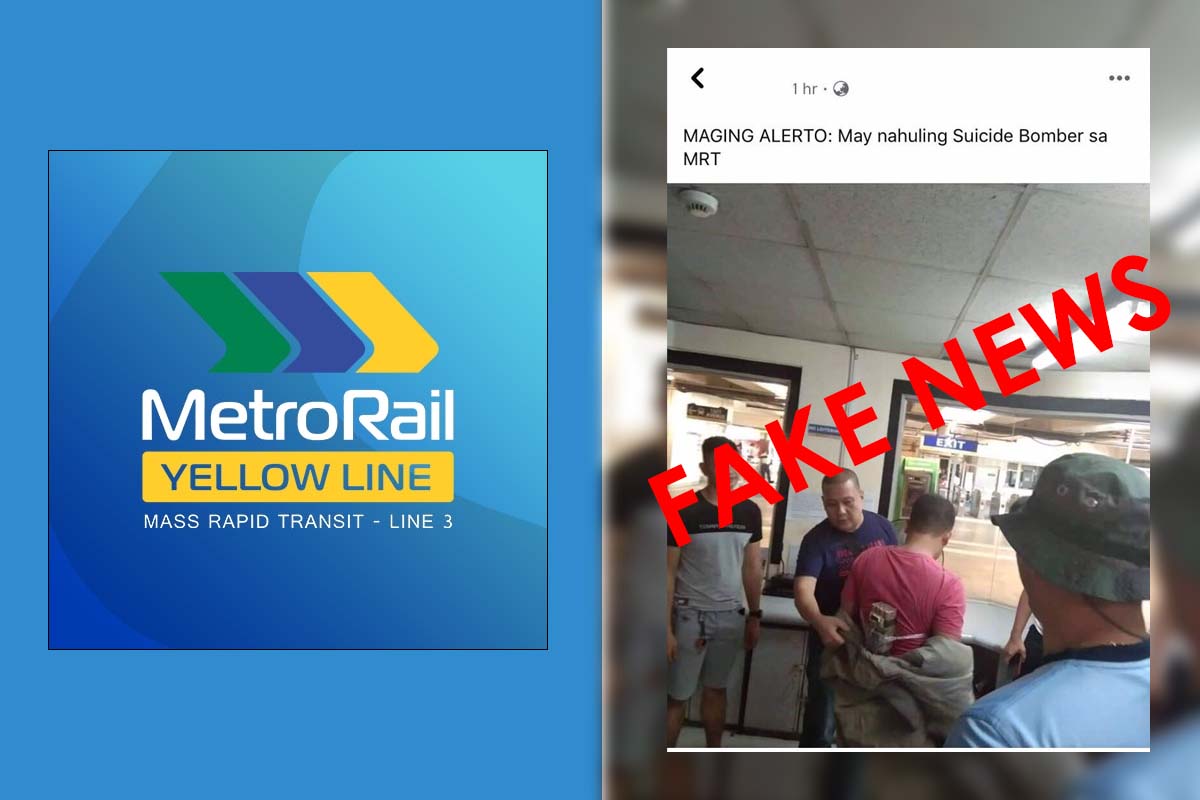 VERIFY YOUR SOURCES. MRT-3 management reminds public to be vigilant when it comes to spreading and believing information they see online. Photos courtesy of DOTr-MRT3 on Facebook


The PNP simply conducted a mock test to test the alertness and security management in the area.

The Metro Rail Transit-3 management released an announcement on their official Facebook account on January 22, Wednesday, to clarify that the post showing that a suicide bomber was arrested in MRT-3 Taft Avenue is not true.

The management noted that it was a mock test organized by the Philippine National Police (PNP) on January 21, Tuesday, 2:20PM, at the MRT-3 Cubao station. The ‘penetration test’ was conducted to test the ‘alertness’ or security management in an area.

MRT-3 also reminded the public to be heedful of the information they see in social media, and that they should not easily believe in ‘fake news.’

“Ugaliing mag-verify kung saan o ano ang pinanggalingan ng impormasyon - - kung ito ba ay mula sa isang lehitimong source. (Make it a habit to verify where the information came from-- if it is from a legitimate source), the announcement read.

The management also assured the public that they are doing everything to ensure the safety of their passengers as it is their priority as a mass rail transit.