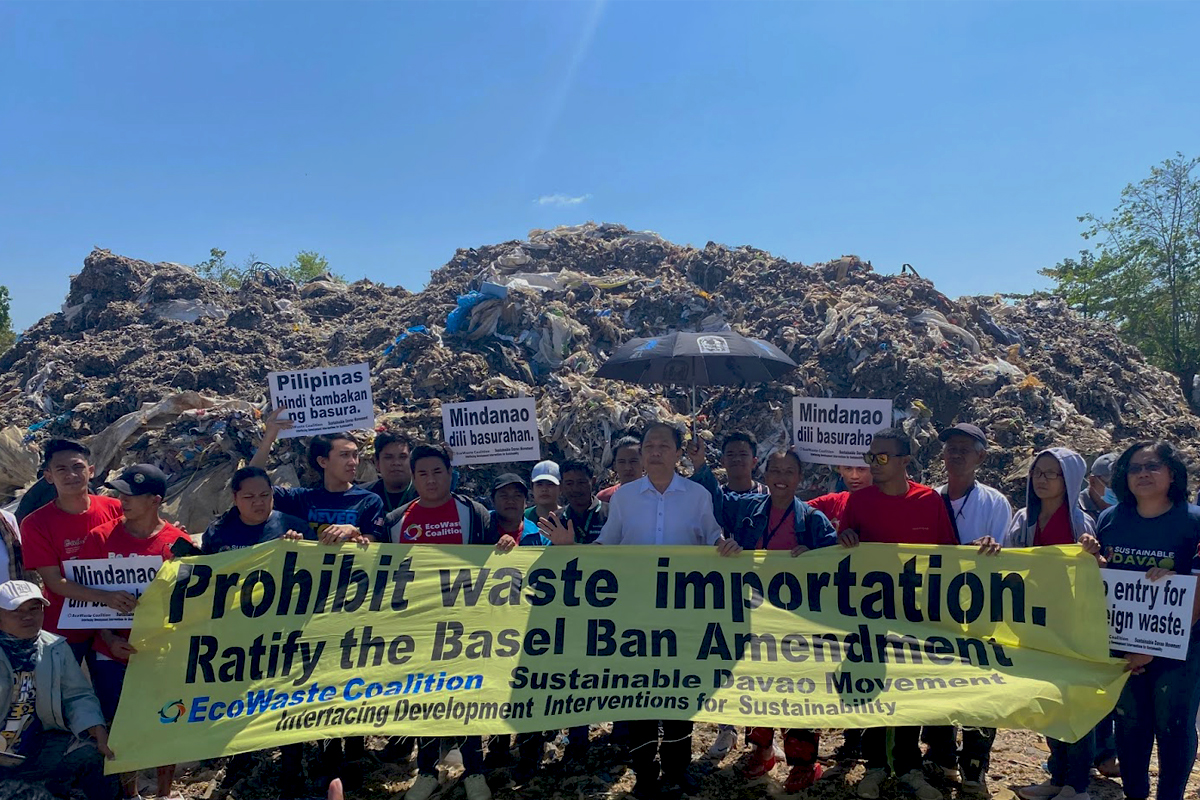 
This is not the first time that the Philippines became a dumping ground of illegal waste from foreign countries.

60 container vans of contaminated plastic which has been sitting in Misamis Oriental since 2018 will be shipped back to South Korea, its place of origin.

The re-exportation of the 5,000 tons of waste is part of the "return to sender" ceremony held on Sunday, January 19.

Over 35 representatives from EcoWaste Coalition, Interfacing Development Interventions for Sustainability (IDIS), and the Sustainable Davao Movement (SDM) joined Bureau of Customs-Region 10  in the said celebratory ceremony.

"We need to plug the regulatory loopholes that waste traders are taking advantage of, which is turning our country, particularly Mindanao, into a convenient dumping site for plastic, electronic and other hazardous wastes," said Chinkie Peliño-Golle, Executive Director of IDIS Davao.

The groups asserted that the ratification of the Basel Ban Agreement and the prohibition on waste importation will be the best legal protection of the Philippines against illegal waste traffic.

"While we pursue ecological solutions to our domestic garbage woes, we must tell South Korea and other countries to deal with their own wastes at home and stop exporting them to the Philippines and other Asian countries," added EcoWaste Coalition National Coordinator, Aileen Lucero.

This is not the first time that the Philippines has become a dumping group of illegal waste from foreign countries.

In 1999, 122 containers of hospital and household waste arrived from Japan. Due to the public uproar, Japan was prompted to take their trash back. By 2013, 1,500 tons of Canadian trash was dumped in the country. It took six years for it to be shipped back to Canada. Another 25 tons of plastic and electronic waste from Hongkong was also dumped in the Philippines. In 2017, 5,000 metric tons of mixed waste from South Korea also landed in the country. In that same year, seven 40-foot long containers with Australian garbage also arrived.

Southeast countries are at the tailend of this waste traffic because much of these countries have poor waste management disposal making them vulnerable to first-world abuses.