What You Need To Know About The Taal Volcano's Past 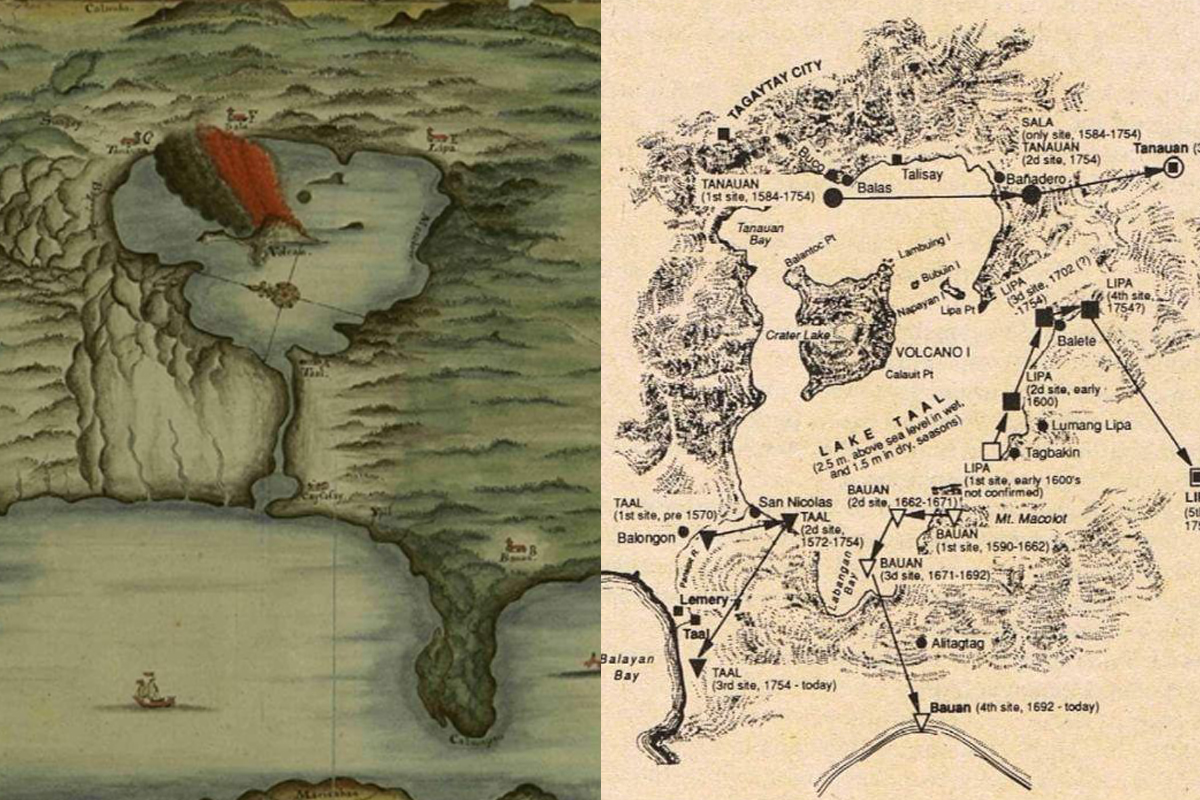 The 1741 map of Taal Volcano versus the 1954 map after seven months of continuous eruption. (Photos courtesy of the National Historical Commission of the Philippines )


This volcano has been active for 448 years, and is the second most active volcano in the Philippines.

43 years since its last eruption in 1977, Taal Volcano looms another doomsday to the residents within its vicinity.

The first eruption ever recorded was by an Augustinian friar in 1572. Followed by the 1707 eruption that created Binintiang Malaki, the largest flank cone in Taal. This geological structure would seem familiar to us as the Taal Volcano of our elementary days. Which in contrary, the entire caldera of the Taal Volcano lies beneath the Taal Lake.

The 1754 eruption lasted for 7 months. It buried 4 Batangas towns under ash, volcanic rocks and water. This eruption even caused the rotation of some Batangas towns.

Taal Volcano, among other Philippine volcanoes are included in the Pacific Ring of Fire, aka the melting pot of all geothermal activities in the world. Despite being the world's smallest volcano, the Taal is one of the most dangerous. Its location is nearby residential and agricultural areas which makes it a cause of tremendous destruction.

Geologists suggest that what we know today as the Tagaytay Ridge (or Sungay) is even part of the Taal's prehistoric formation. In addition to this, the terrains that have formed the Southern Tagalog region and Metro Manila can also be traced back to Taal Volcano's past eruptions.

However, right now, thousands of residents are in dire need of help as the present Taal Volcano continues to spew lava creating an ash fall which some areas to have zero visibility. The government agencies are encouraging everyone to prepare as a hazardous eruption is yet to come.

“A 14-Year-Old Wasn’t Supposed To Sit On That Chair”: The 20th Century’s Youngest To Be Sentenced To Death


The execution lasted for four excruciating minutes of..


This pre-colonial heritage site is..

Hitler house to be revamped as police station


Hitler’s birthplace to be turned into a police station...


Perla is the 16th tropical cyclone for this..

Get To Know These Must-Read Books from Filipino Authors


Check out these fascinating works from the Filipiniana..

The "T" In Teacher Means Terror (And Also True Love)


Behind every terror teacher is a human being who wants to..

What You Need To Know About The Taal Volcano's Past


This volcano has been active for 448 years, and is the..