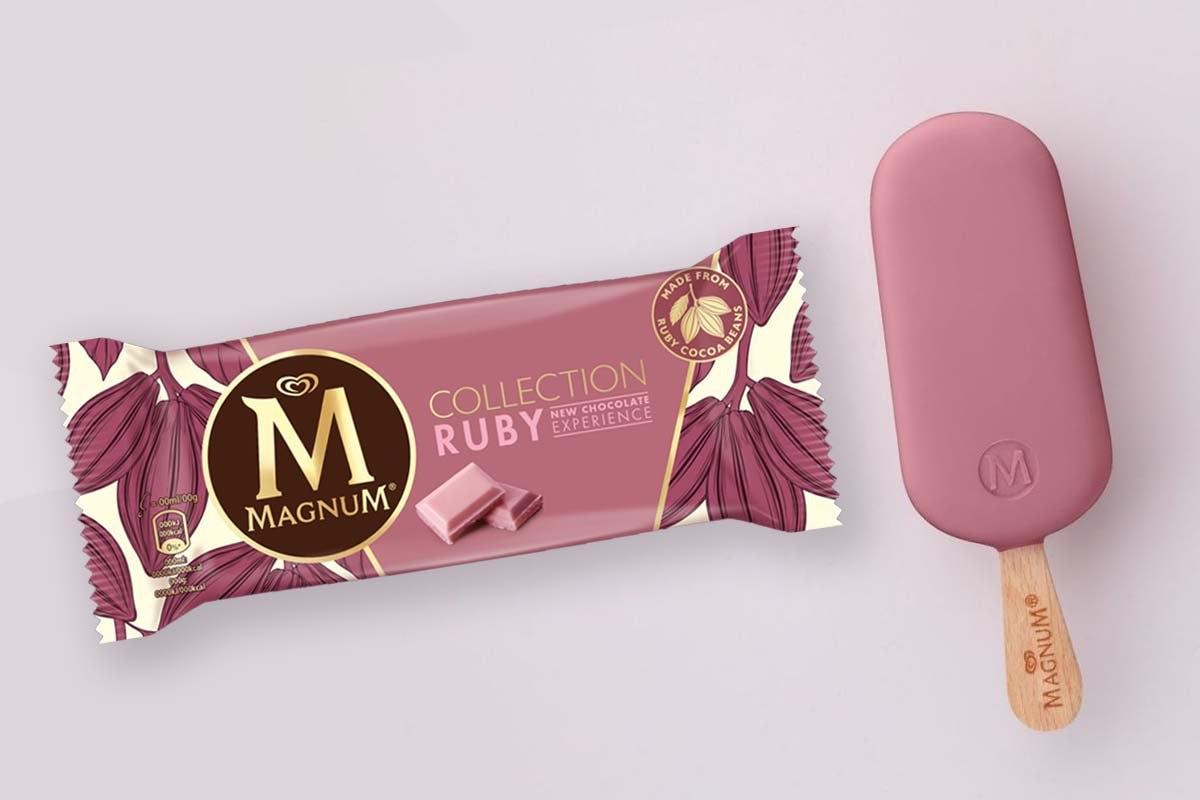 DREAMING IN PINK. Magnum’s new Ruby and Minis come in a unique and fancy color-- pink! Is it a dream? No, it’s real! Photos courtesy of Magnum


Yes, Magnum Ruby is really pink and here’s all you need to know about the pink chocolate ice cream!

We have always seen chocolate in brown, dark brown, or white. But did it ever cross your mind that chocolate also comes in another color? Particularly in pink? Well, if it did not, now it's here!

Ruby Cacao? What is it?

According to an article, Ruby Cacao was discovered in 2017. It is the first new chocolate in almost 80 years after the usual white chocolate, dark chocolate, and milk chocolate. The Ruby cacao bean grows in places such as Ecuador, Ivory Coast, and Brazil. It also possesses special features that help create its own unique look and flavor in comparison to other cacao beans.

Magnum described the new ice cream is sumptuously coated in the recently discovered fourth type of chocolate, and the biggest recent innovation in the chocolate world, Ruby.”

This pink chocolate ice cream isn’t anywhere near the stereotypically ‘chocolatey’ taste. An article mentioned its taste has a fruity hint; 'tropical and refreshing.' Apparently, it’s neither milky, bitter, nor sweet, but it's amazing! It's going to be a new chocolate experience!

As of now, Magnum Ruby and Ruby Minis are not yet available in the Philippines, but it’s best to keep yourself posted in case this gem drops any time!