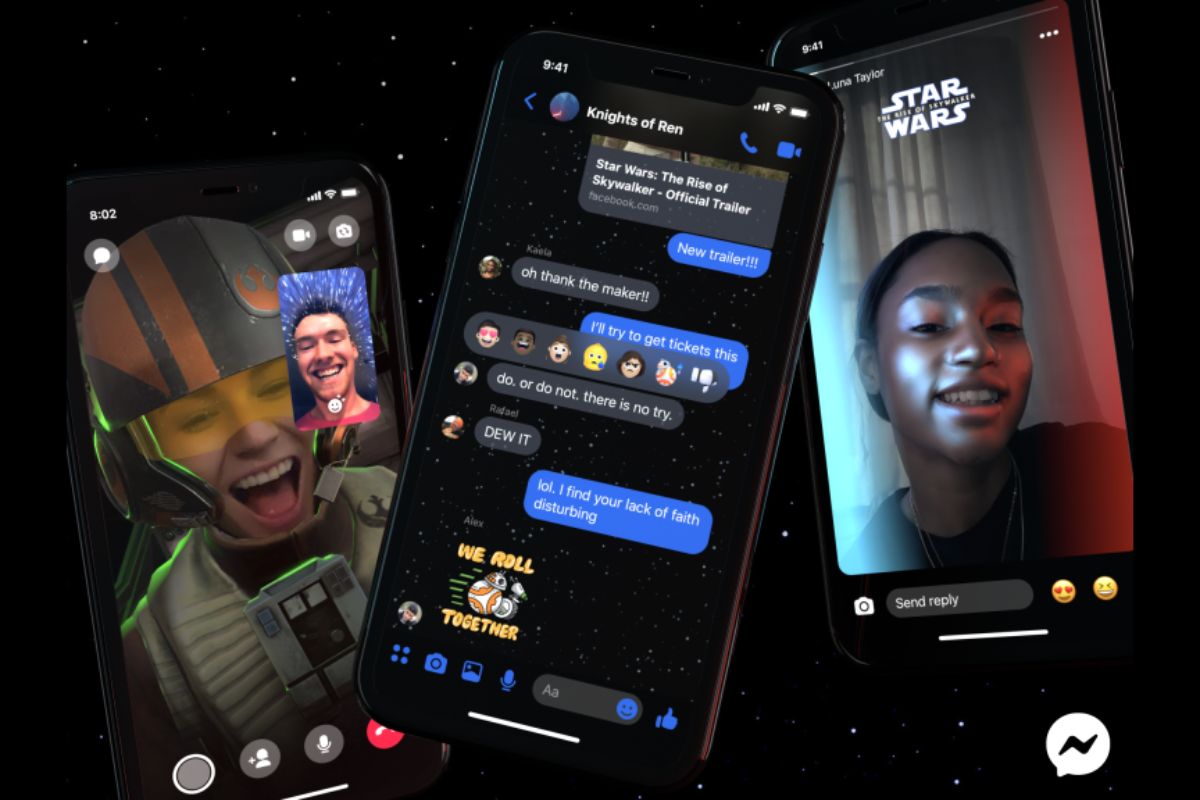 The force has come to Facebook’s  Messenger  app. Facebook has announced good news for all Messenger users and Star Wars fans out there as they release a Star Wars-themed chatroom, reactions, stickers and also AR-effects.

The Star Wars feature was made possible in partnership with Disney to promote the upcoming “Star Wars: The Rise of Skywalker,” that will premiere on December 20.

Disney was also involved in producing the unique AR effects that can be used for both photo, video, as well as ongoing video calls. 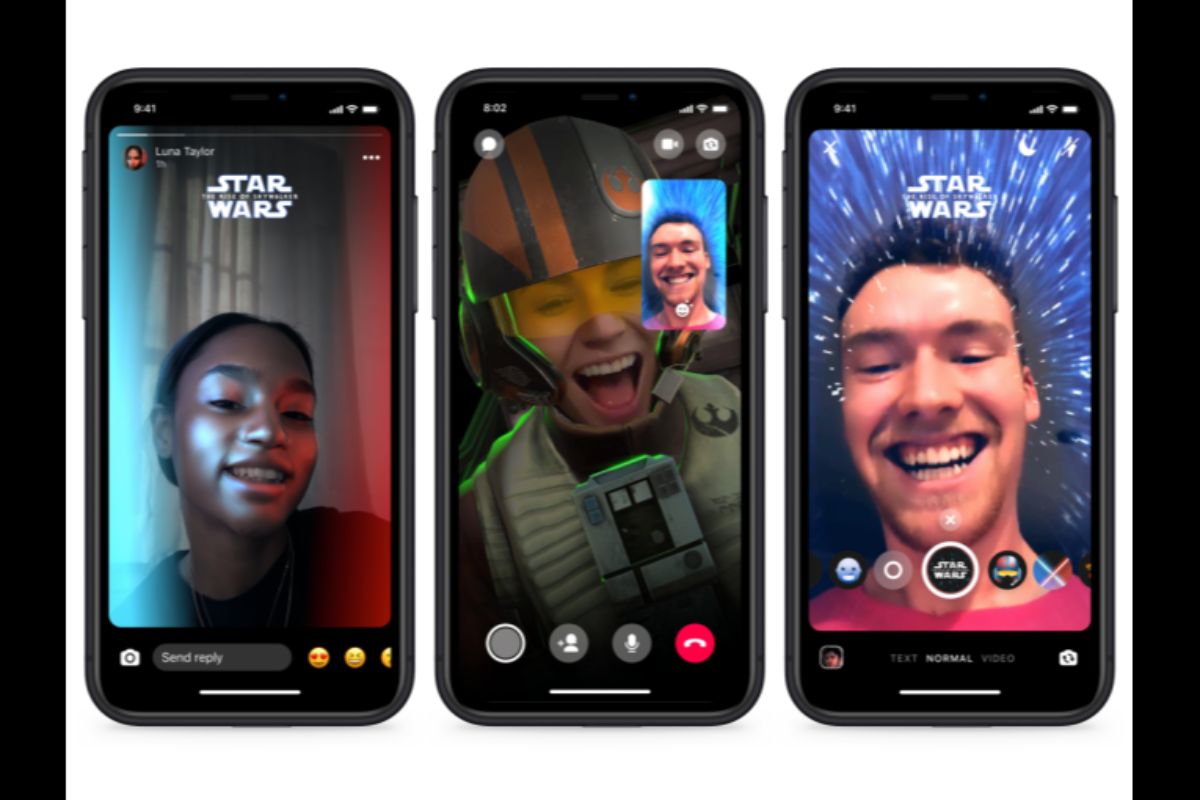 There’s also a Star Wars chat theme you can enable from the Messenger thread settings, which makes messages appear as if in outer space. (You access the Settings by tapping the thread’s name — typically the name or names of those you’re chatting with at the top of the screen, unless you or someone else has already renamed the chat.)

Another feature is the Star Wars chat theme that can be toggled on from the Messenger thread settings. The special theme shows you the starry galaxy paired with unique emojis. 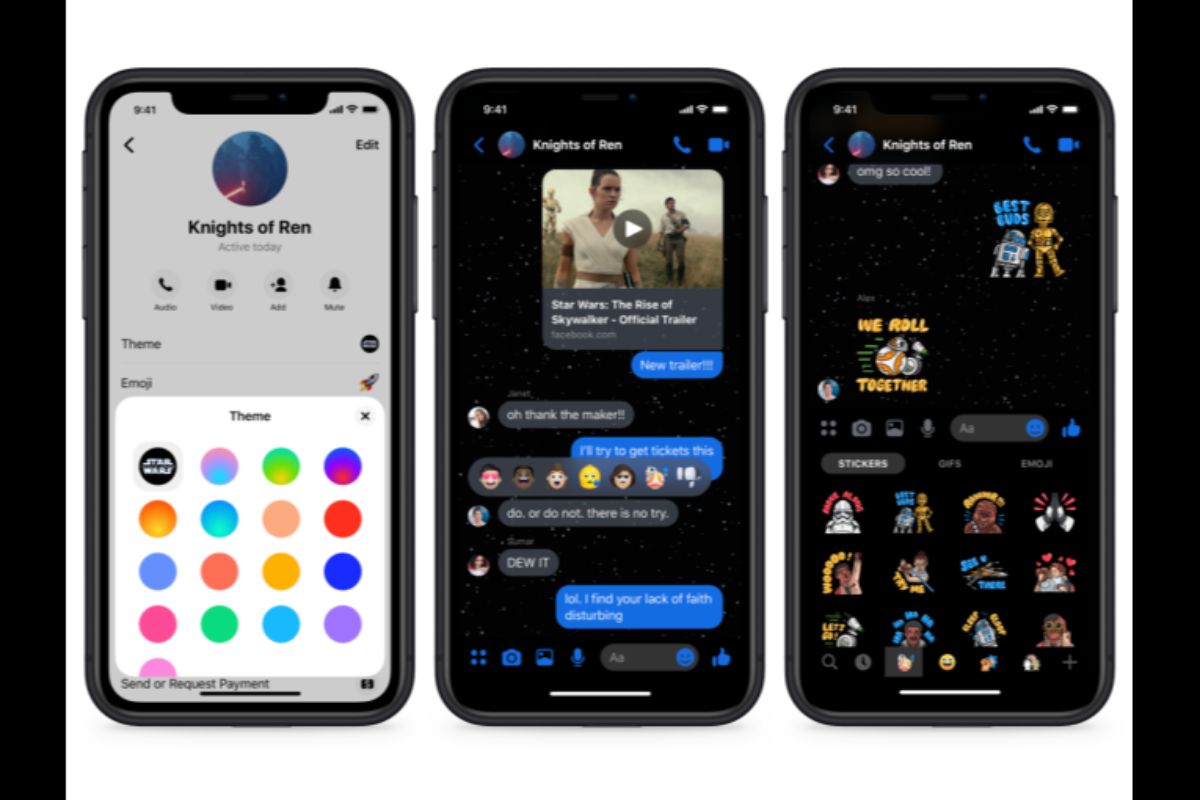 What are you waiting for update your Messenger app now! All the features are free for Apple users.