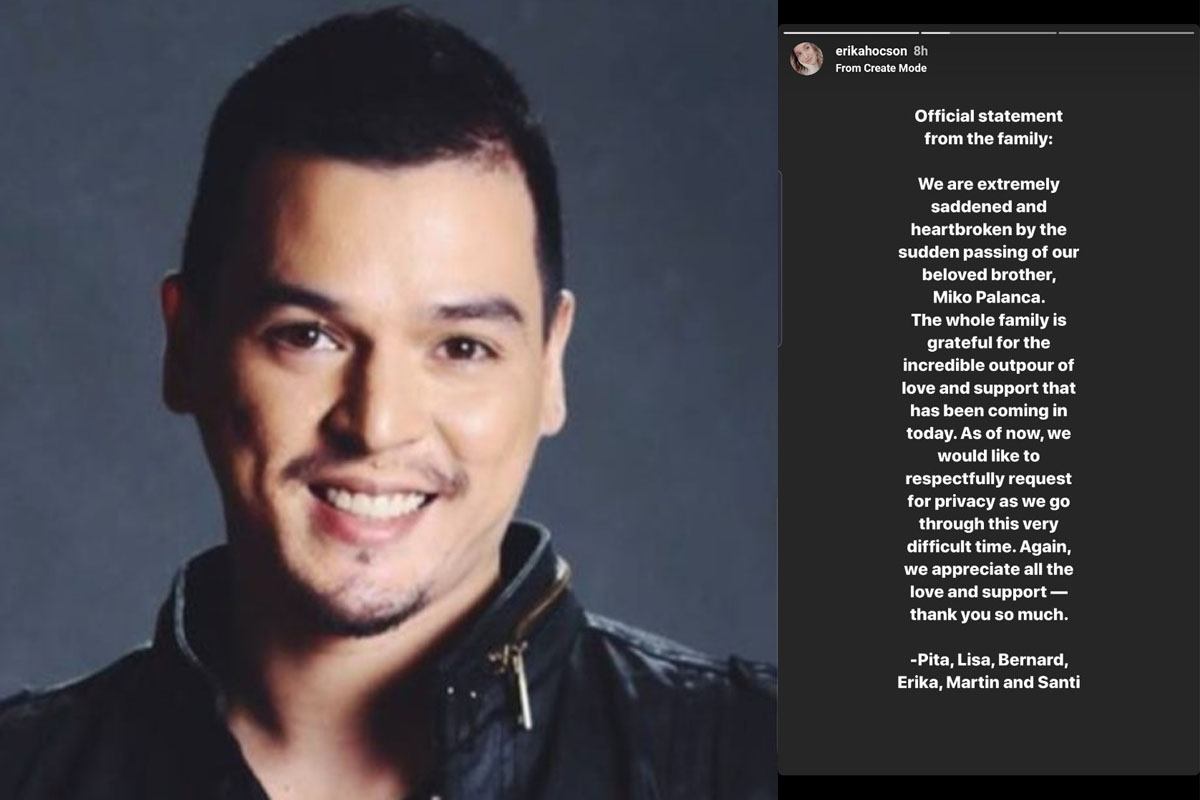 
It was on Monday evening, December 9, 2019, when fans of Miko Palanca were awakened by a sad news.

The Film Academy of the Philippines confirmed Mico’s untimely passing. He was 41.

Initial report says Mico was found dead in Santolan Town, San Juan last night and investigations are still ongoing on the official cause of death.

On her Instagram, Miko’s younger sister Erika Hocson released a statement on behalf of their family.

“We are extremely saddened and heartbroken by the sudden passing of our beloved brother Miko Palanca,” she wrote. “The whole family is grateful for the incredible outpour of love and support that has been coming in today”

The family also asked for privacy as they go through a difficult time.

“As of now, we would like to respectfully request for privacy as we go through this very difficult time. Again, we appreciate all the love and support – thank you so much.”

Miko was the younger brother of actor Bernard Palanca. He himself is also an actor and was last seen in "Ang Probinsyano" and "Nang Ngumiti ang Langit.”

Erika also penned a message for his brother and posted it on her IG story.