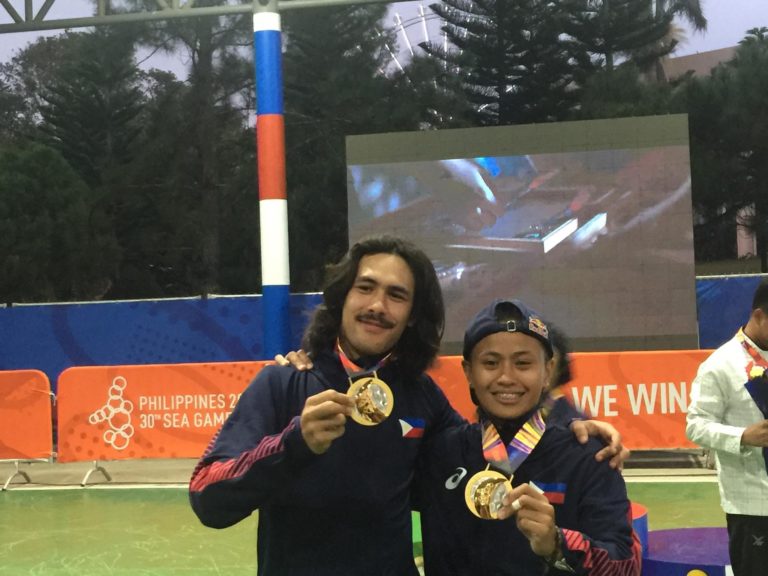 Most golds for the host country came before dawn, but are important to maintain the top spot in the medal tally with 63 golds, 45 silvers, and 34 bronzes.

Here's a recap of what happened in Day 5 of the biennial regional sporting competition.

In Tagaytay, Filipino skateboarders ruled the men's and women's categories of the Game of Skate event.

2018 Asian Games gold medalist Margielyn Didal and Daniel Lederman put up solid performances in the skateboarding tracks to go home with the gold in their respective events.

The Philippines actually have a 1-2 finish in the women's category as Christiana Means secured the silver.

Over at the Laus Group Convention Center in San Fernando, Pampanga, two judokas live up to their billing and led the winning cause for the Philippines.

While at the Angeles University Foundation Gym in Angeles, Pampanga, Mark Striegl and Chino Sy took the top spot of the podium in their respective events.

Patrick Manicad and Nino Mondejar III contributed a bronze each in a productive cause for the Philippines in the sambo mat.

Fencer Jylyn Nicanor stood out in the women's individual sabre to snatch the gold at the World Trade Center in Pasay City.

While at Subic Bay Boardwalk in Zambales, Samuel German and Princess Arbilon used their might in topping the mixed beach laser relay event of the modern pentathlon competition.

Billiards brought in two bronzes with the pairs of Warren Kiamco and Jeffrey Ignacio and Johann Chua and Carlo Biado taking home one each in the 9-ball poo ldoubles category held at the Manila Hotel Tent.