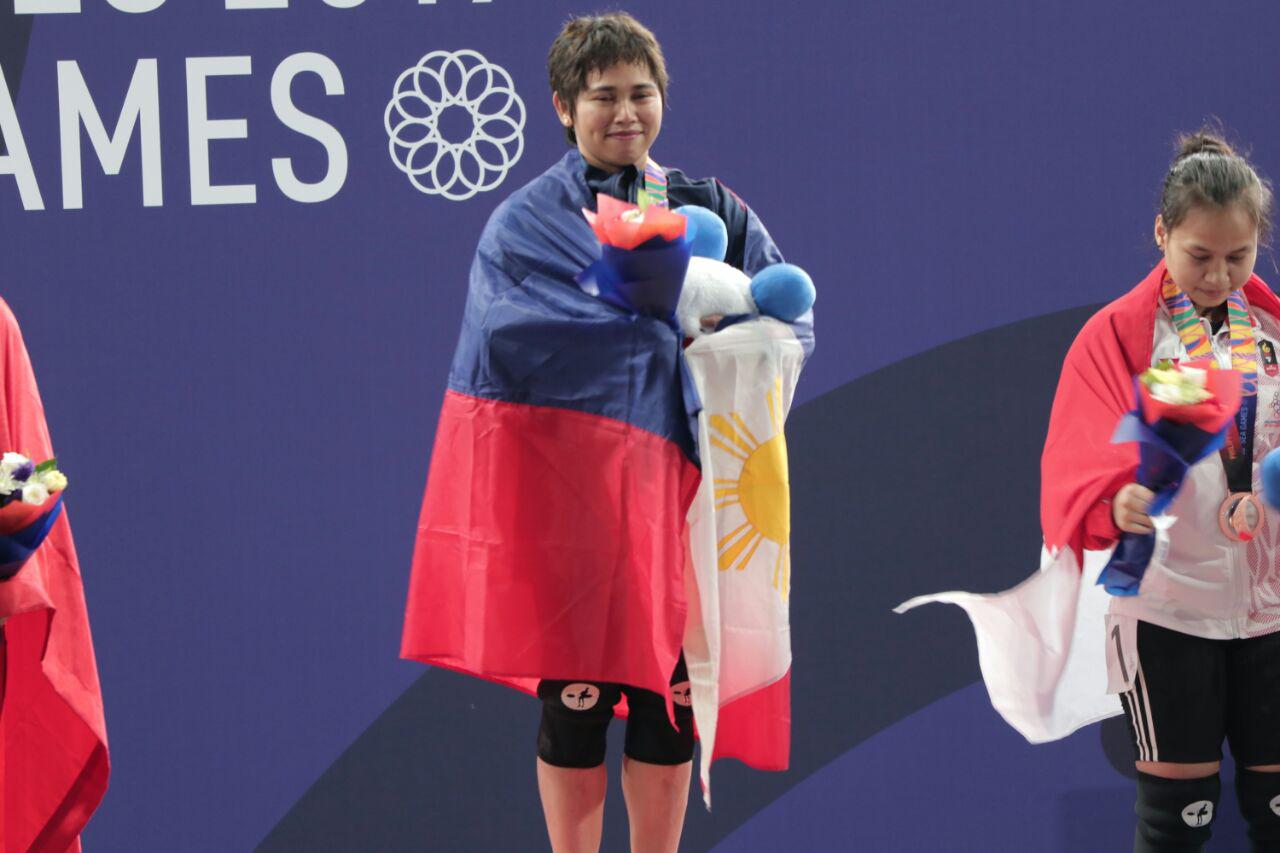 Day 2 of the 30th Southeast Asian Games (SEAG) atones for a different mood this time.

Beyond the medal haul, a lot of storylines unfolded in what could be one of the most memorable days for the Philippines in the entire duration of the 2019 SEAG.

Yes, you heard it right.

After winning the country's first Olympic medal in two decades in 2016 and an Asian Games gold last year, weightlifter Hidilyn Diaz finally added the SEAG gold medal to her collection.

Just to recall, the 28-year old pride of Zamboanga is a veteran competitor in SEAG. Diaz first competed in 2007, then in 2011, and 2013. In those years, Diaz won two silvers and a bronze.

During the last SEAG in Malaysia in 2017, her event was scrapped in the last minute which forced her to wait for this moment.

Now as the SEAG is being hosted in her home country, Diaz has the great opportunity to show her world-class fighting spirit in front of fellow countrymen.

In front of a packed crowd at the newly-renovated Ninoy Aquino Stadium in Manila, Diaz lifted 91kg in the snatch and 120kg in the clean and jerk to finally clinch her maiden gold in the SEAG. 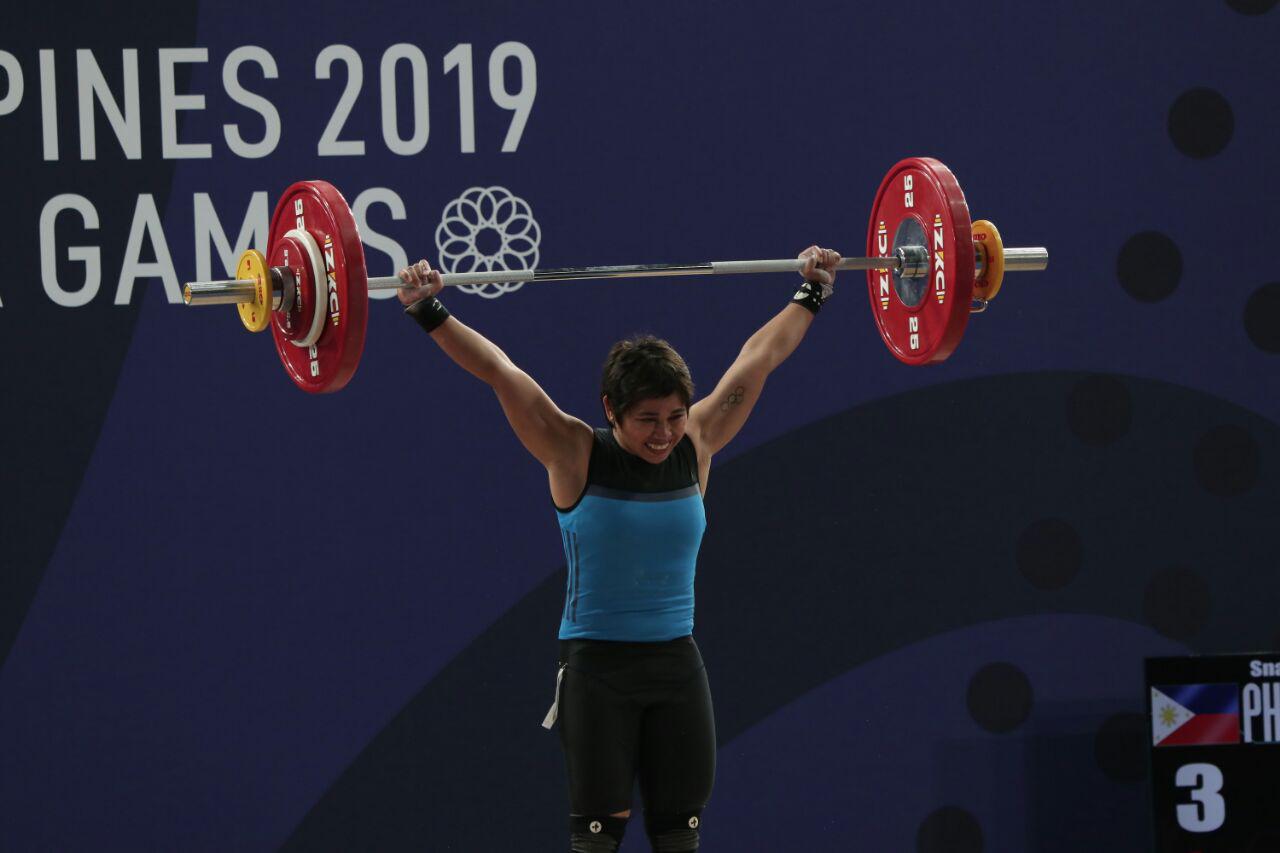 “This is a huge deal for me because my parents are here, and the nation watched me and now they know how intense weightlifting is and hopefully they were able to appreciate the sport,” Diaz told reporters after her historic feat.

Most notable are the female players who swept all four weight classes in the padded stick event. 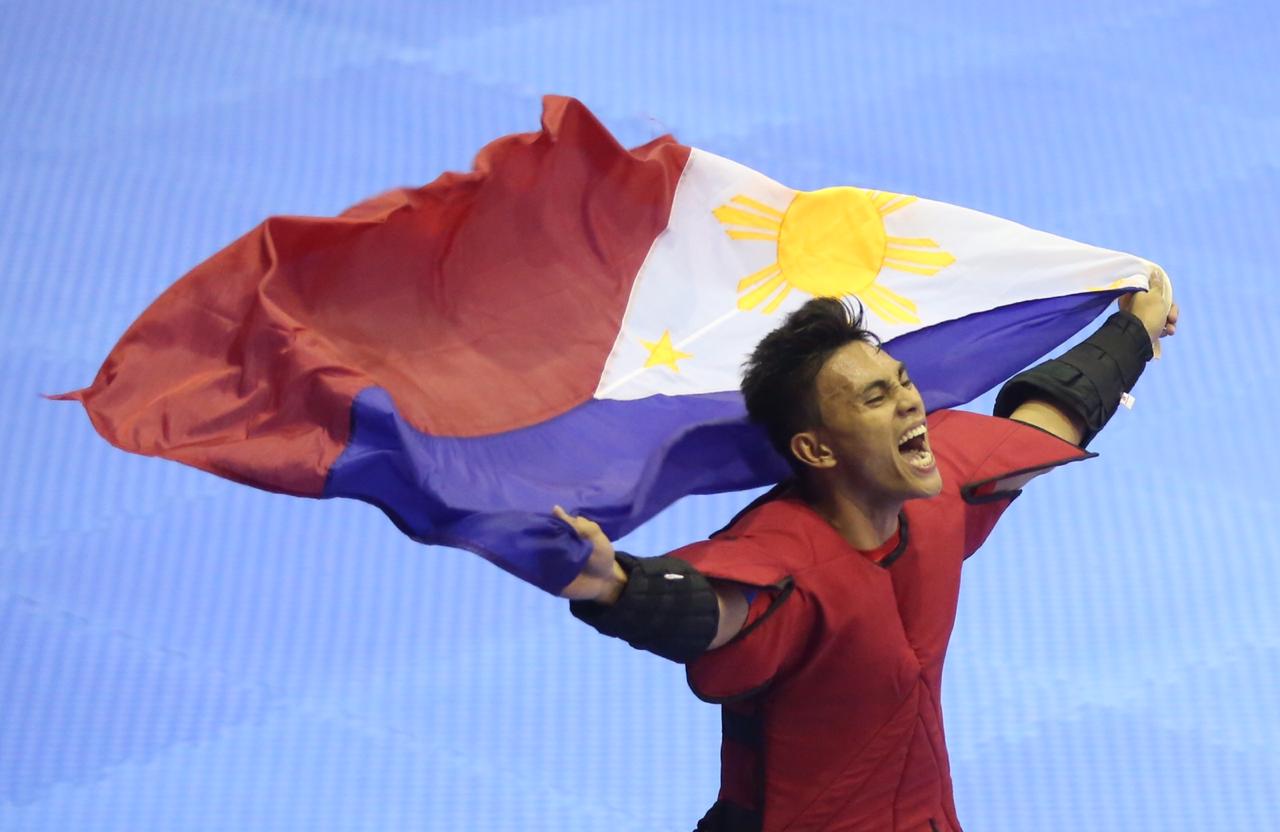 In total, a whopping 7 gold and 1 silver medal haul came from Arnis which is the lawfully recognized national sport of the Philippines. From Day 1, arnis contributed 12 golds in the overall gold medal production of the host country.

PHILIPPINES STILL THE KINGS AND QUEENS OF BASKETBALL... EVEN IN 3X3

3x3 basketball is one of the fastest rising sports in the world today. Its popularity resulted the event to be included as one of the new sports in next year's Summer Olympics at Tokyo, Japan.

Before its debut in the world stage, 3x3 basketball makes its fitting entry in the basketball-crazy Philippines.

As expected, the host country dominated both the men's and women's 3x3 basketball events held at the FilOil Flying V Centre in San Juan City.

The quartet of Afril Bernardino, Jack Aminam, Janine Pontejos, and Clare Castro finished the eliminations with a 4-1 record.

Gilas Women rightfully exacted their elimination round loss against Thailand, 17-13, to be the first winners of the 3x3 basketball event in the SEAG.

Minutes later, the Gilas Men recorded an 8-0 sweep after disposing Indonesia with a score of 21-9. 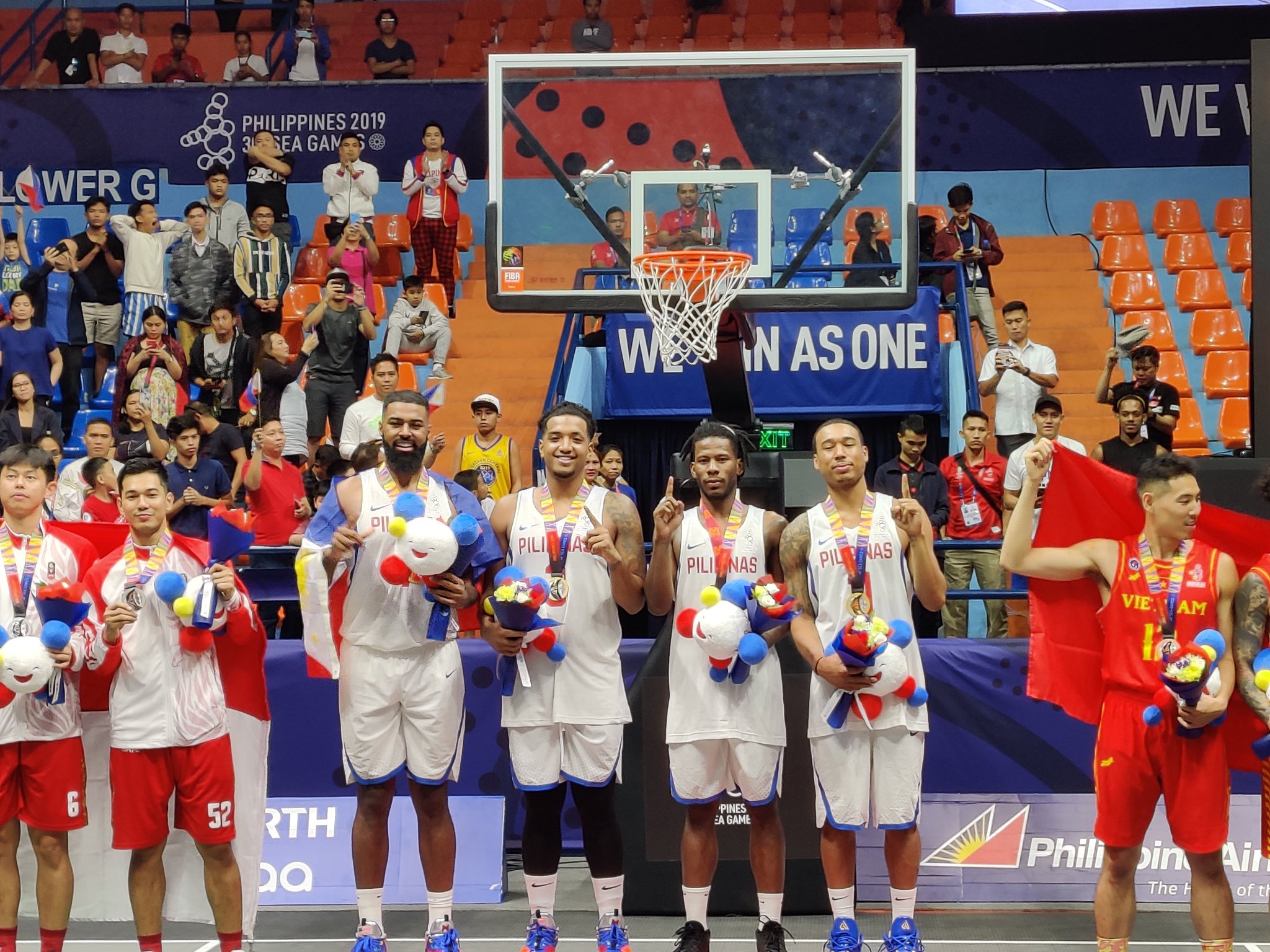 CJ Perez, Mo Tautuaa, Chris Newsome, and Jason Perkins displayed tremendous shooting and highlight plays throughout the event to show that the Philippines is the undisputed basketball kings in the Southeast Asian region.

After their historic 3x3 basketball runs, both Gilas Men and Women teams prepare for the 5x5 basketball competitions starting Dec. 4 at the Mall of Asia Arena in Pasay City.

Another golden performance was delivered by Filipino triathletes as the team of 2019 SEAG individual triathlon gold medalists John Chicano and Kim Mangrobang, Claire Adorna, and Fernando Casares won the gold in the mixed team relay event at the Subic Bay Boardwalk in Zambales.

Earlier today, Monica Torres asserted her dominance in duathlon as she won her second straight gold medal in the SEAG. Her male counterpart Joey Delos Reyes nabbed the silver medal in his group. 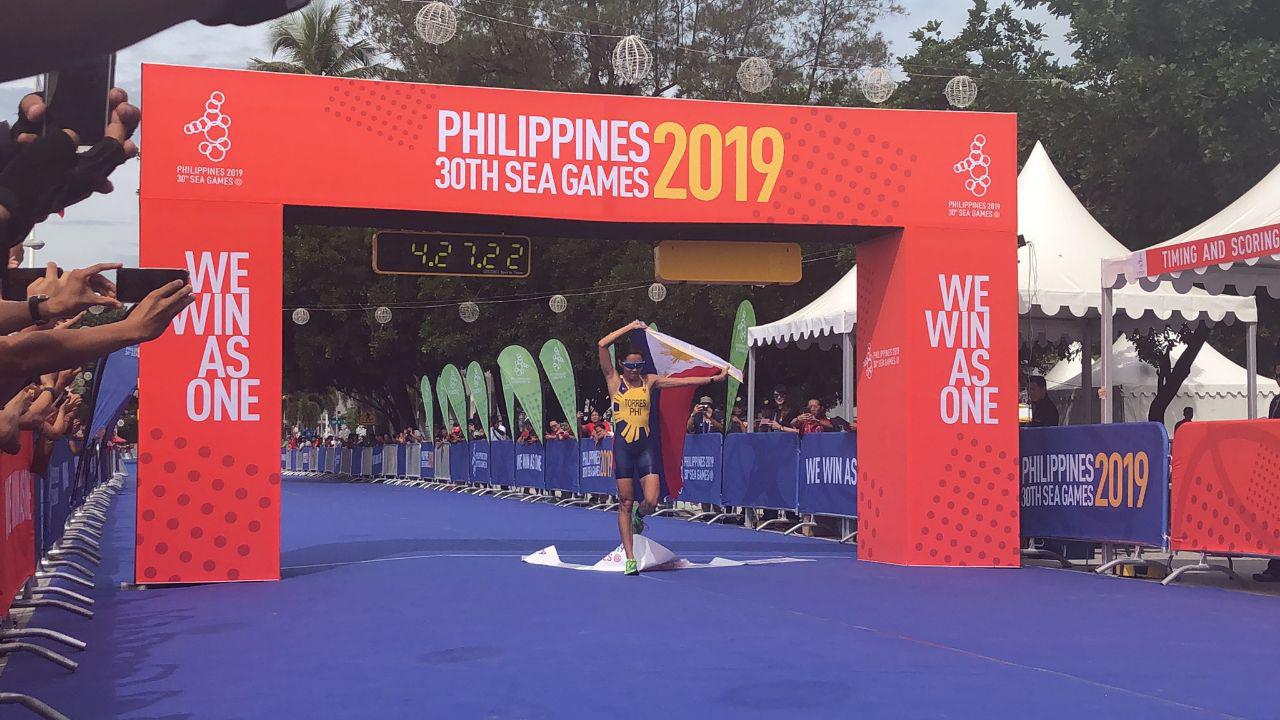 While in the cycling events held at Laurel, Batangas, three medals were added to the haul.

John Derick Farr and Lea Belgira notched the golds in their respective gender category in the mountain bike downhill event. The Philippines actually had a 1-2 finish in the men's side as Eleazar barba Jr. got the silver. 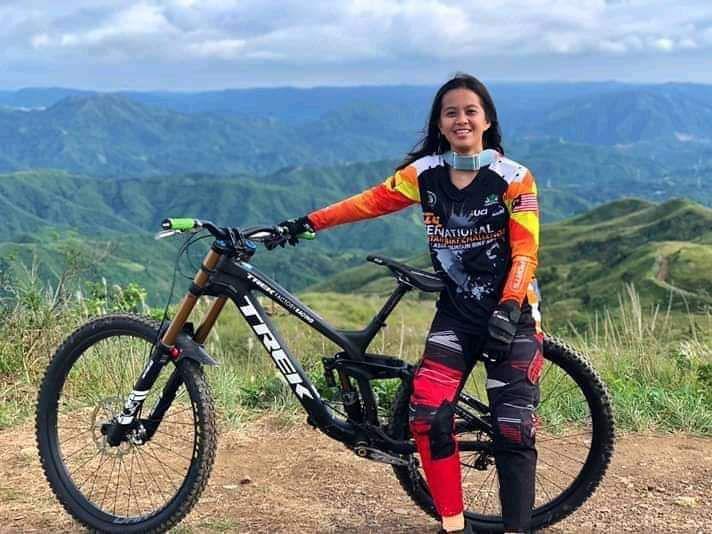