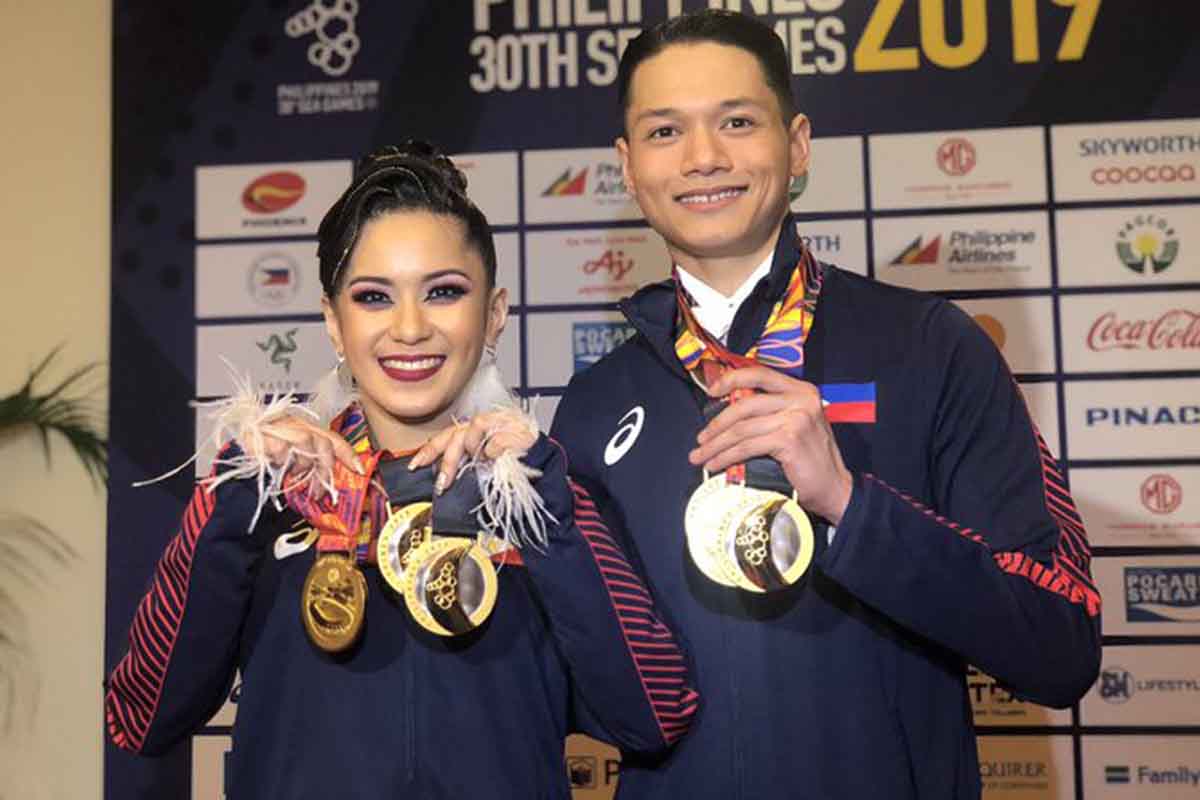 GOLDEN DUO. The pair of Ana Nualla and Sean Aranar is the big winner in Day 1 of the 30th Southeast Asian Games after winning 3 golds in the dancesport competitions at Royce Hotel in Clark, Pampanga.

Host country Philippines opened the 30th Southeast Asian Games (SEAG) with a bang as the Filipino athletes dominated most of the events during Day 1 of the biennial sporting event.

The Filipinos tallied 23 golds, 13 silvers, and 9 bronzes. Now, let's look back on what happened in the first day of the 2019 SEAG. 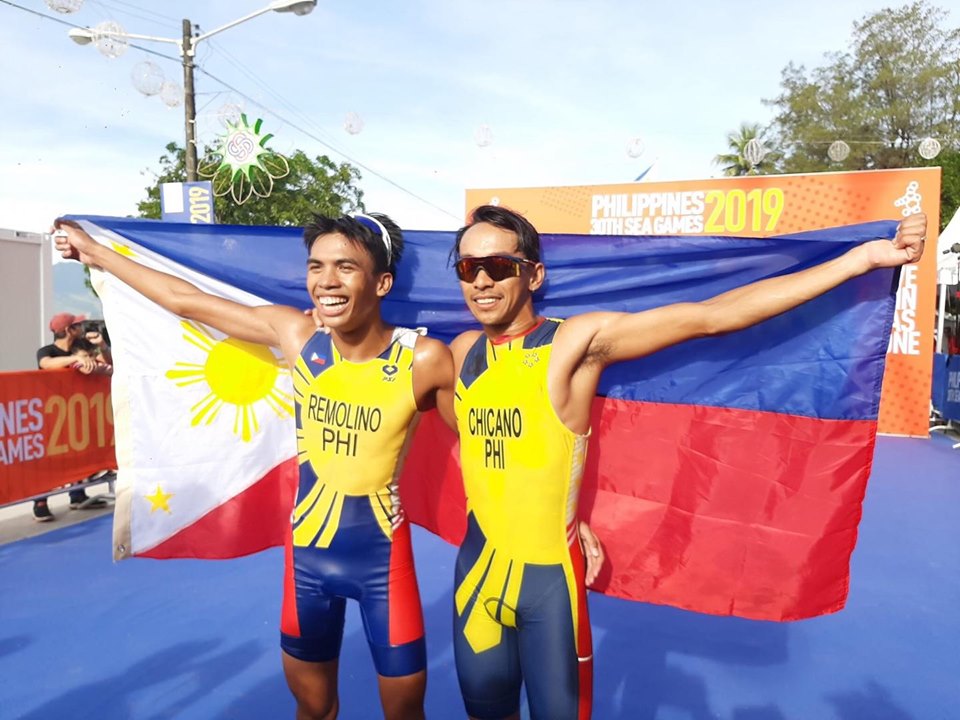 The Philippines is a known force in triathlon in Southeast Asia. Yet, they prove it once again in front of their fellow coutnrymen.

John "Rambo" Chicano brought home the first gold medal in the 2019 SEAG and for the hosts after topping the men's triathlon with a time of 1 hour, 53 minutes, and 26 seconds at the Subic Bay Boardwalk in Zambales.

Compatriot Kim Remolino got the silver medal in the same event, a testament of the Philippines' domination in this sport. 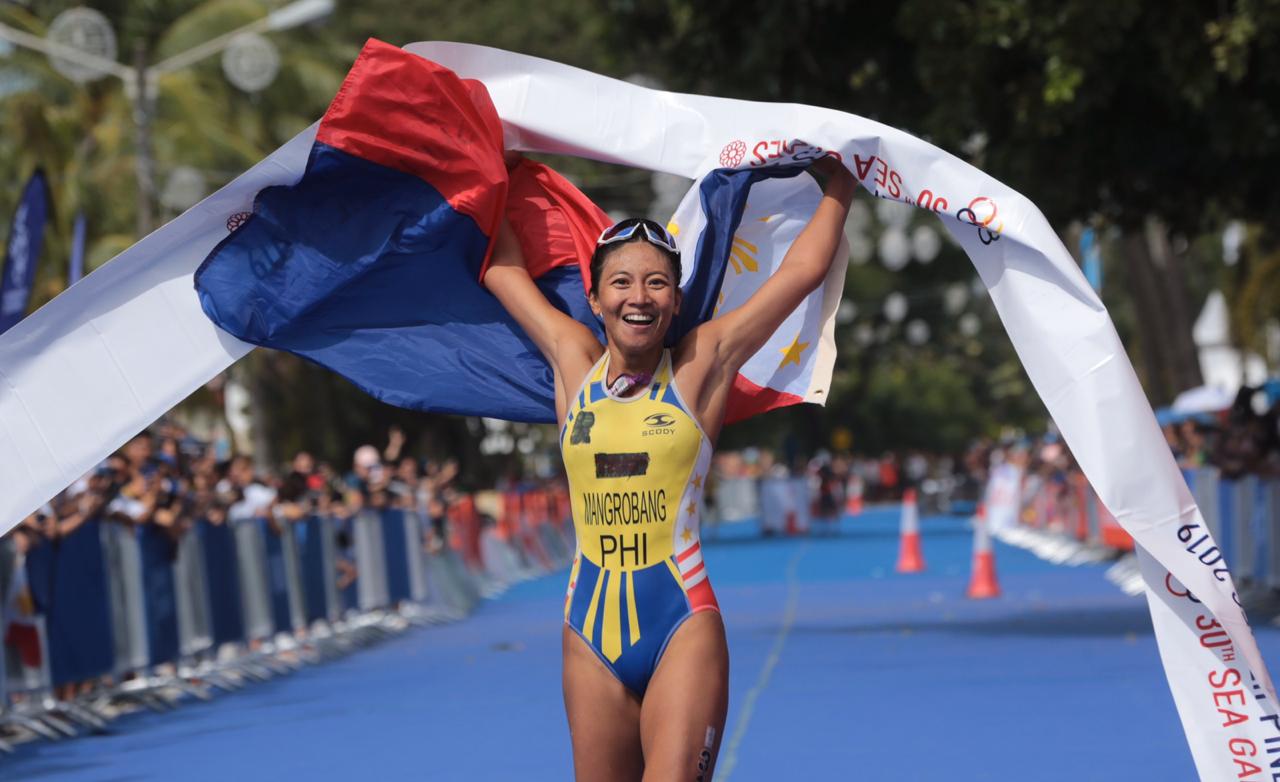 In the distaff side, there's no difference as Kim Mangrobang won her second consecutive SEAG gold medal in the women's triathlon event.

Another 1-2 punch happened as Kim Kilgroe landed a silver medal finish to solidify the country's seriousness in winning medals in this year's SEAG.

GOLD MINE AT THE DANCEFLOOR 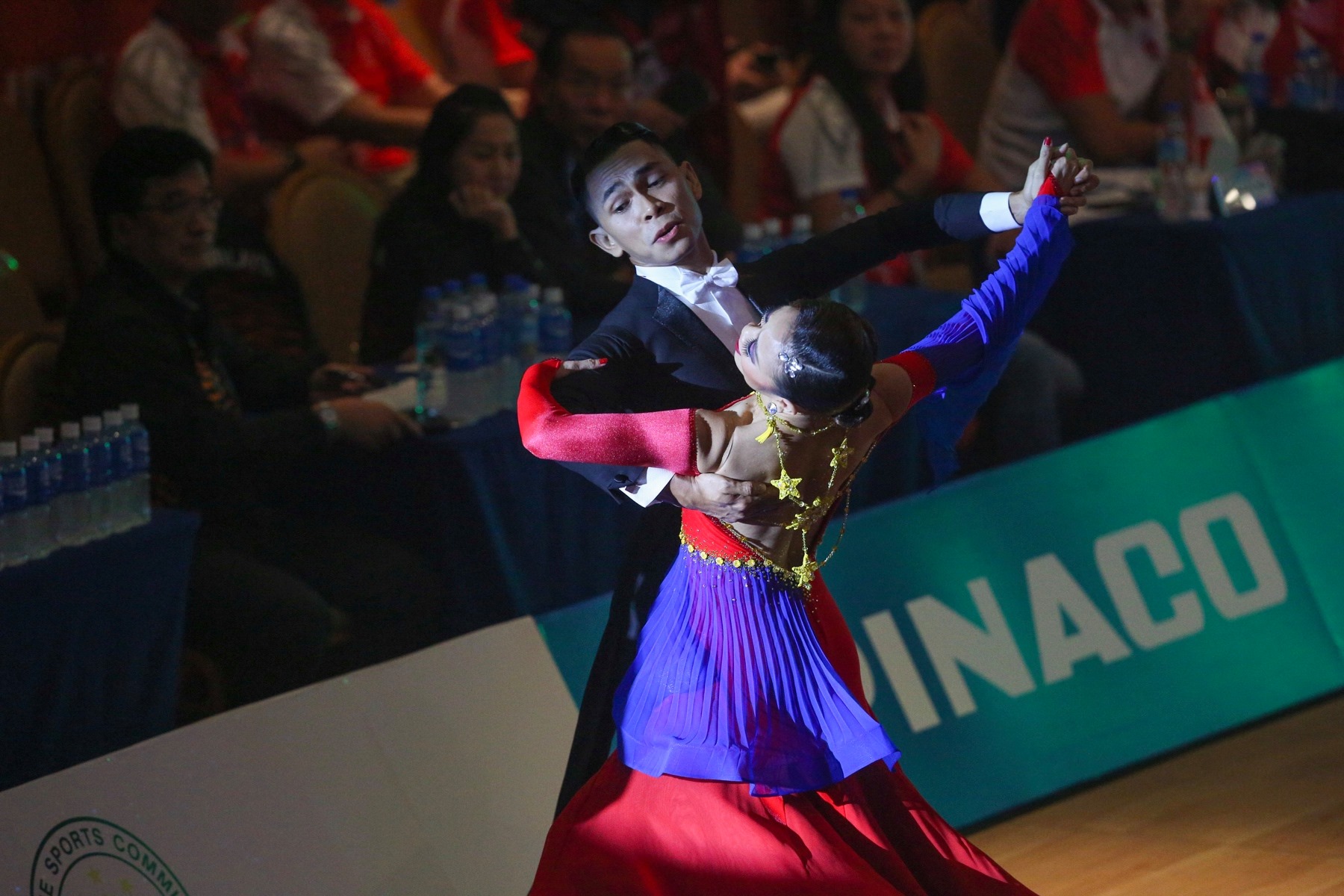 Undoubtedly, the big winners yesterday are the participants in the dancesport competition at the Royce Hotel in Clark, Pampanga.

Ana Nualla and Sean Aranar are the biggest victors in the dancefloor as the pair won three golds in the Open Standard, Single Dance Tango, and Single Dance Viennese events.

Wilbert Aunzo and Pearl Marie Caneda share the same honors as they brought home golds in the Salsa, Chachacha, and Rumba events. 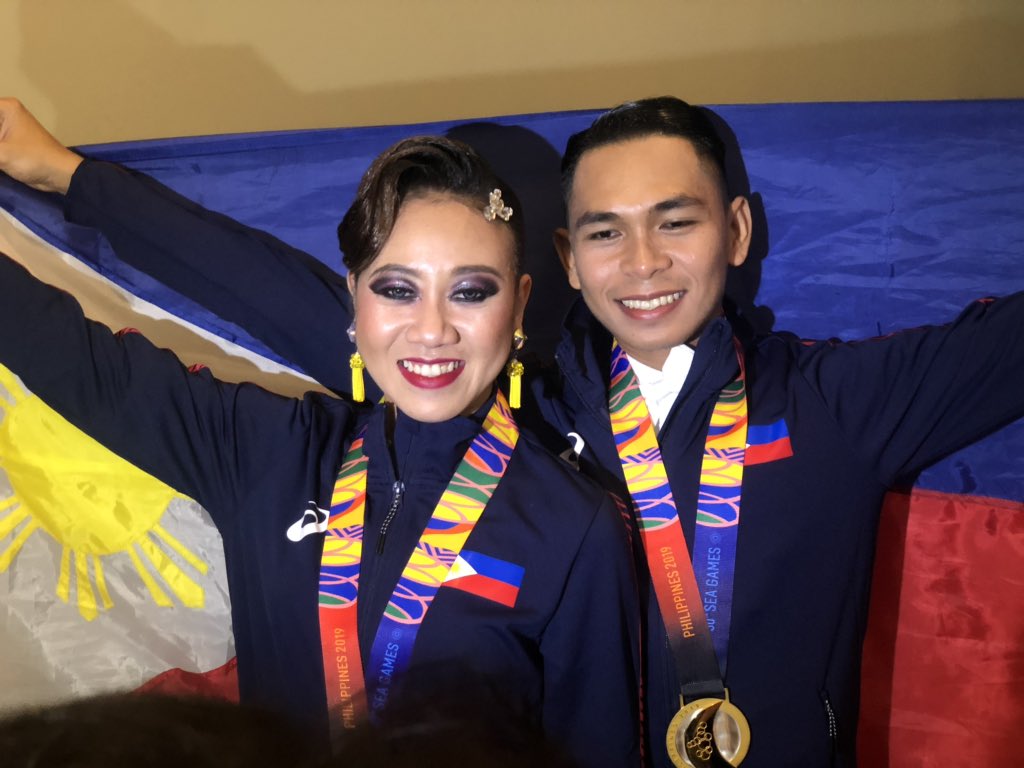 The pair of Mark Jayson Gayon and Mary Joy Renigen notched 2 golds in the Single Slow Foxtrot and Single Dance Waltz events and a silver in the Standard Quickstep event.

Another pair, Michael Angelo Marquez and Stephanie Sabalo, won also 2 golds in the Open Latin and Paso Doble events and one silver in the Jive event.

Debbie Mahinay completed the medal mine for the Philippines in dancesport as she received a silver medal in the Breaking B-Girls category. 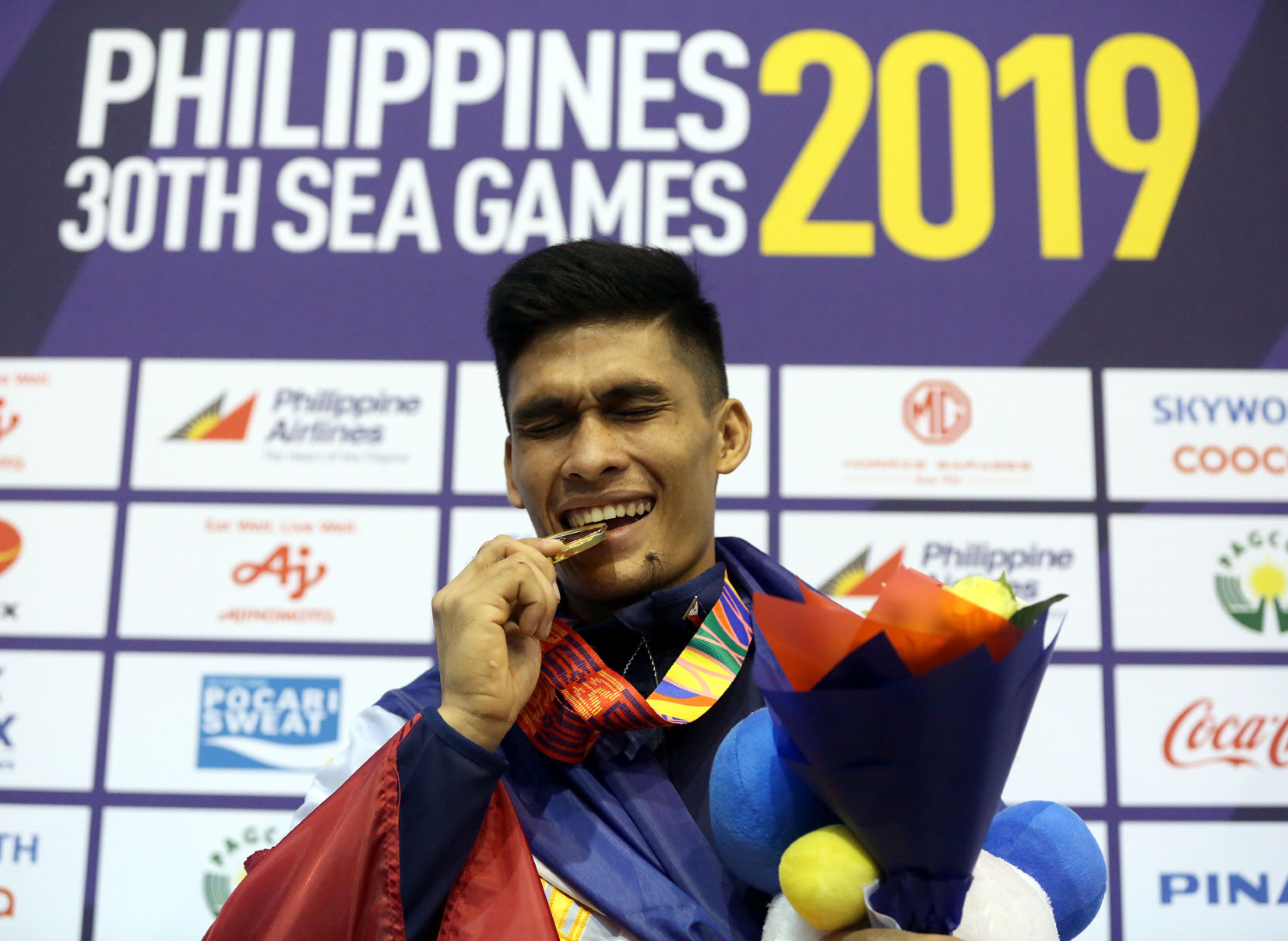 Over at the Angeles University Foundation Gym in Angeles, Pampanga, the much-awaited return of arnis in its roots at the Philippines was filled with excitement and action.

At the end of Day 1, fivegolds and 2 bronzes were notched by the hosts. 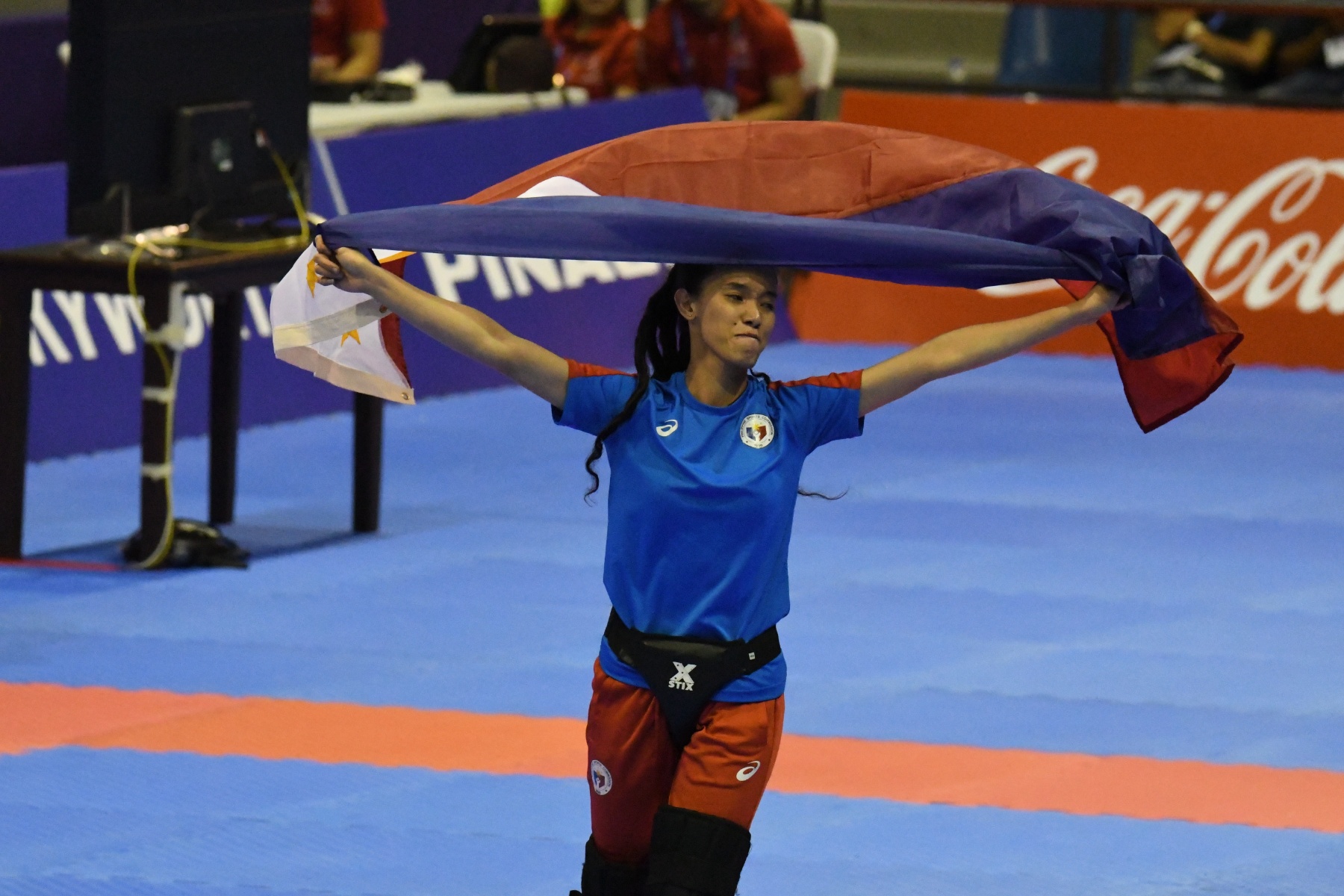 GOLDEN BOY YULO SHOWS HIS WORTH AT HOME 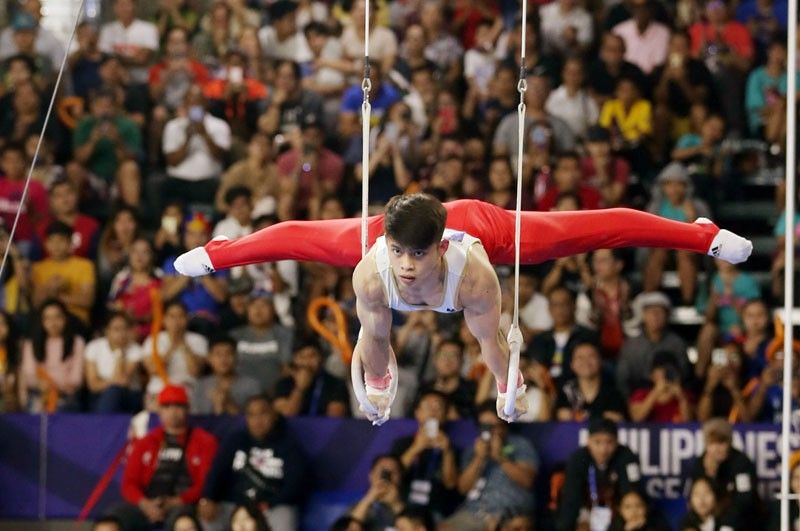 With his excellent turns in the floor and fantastic performance in the bars, Yulo finally showed why he is the best in the world in his category.

OTHER STANDOUTS IN DAY 1 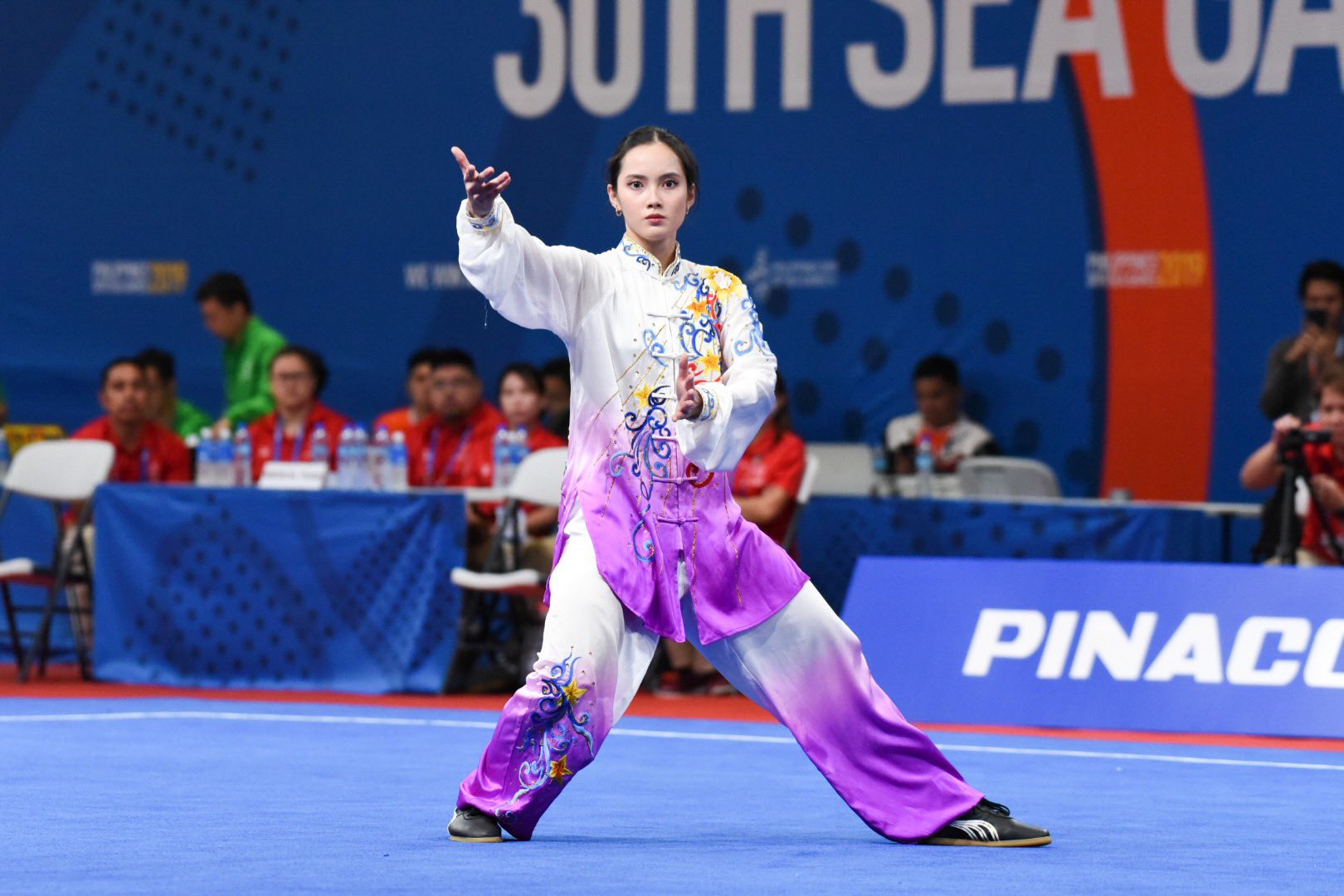 Wushu also got their fair share in the medal tally for Team Philippines as Agatha Wong and Daniel Parantac contributed a gold and bronze, respectively, in their respective categories.

The male and female sepak takraw teams swept the hoop events for a double gold contribution in their event at Subic Bay.Estie Gay Linawen of kurash and Jan Emmanuel Garcis of chess provided the last golds for the Philippines in Day 1.

Linawen's compatriots Helen Dawa and Jayson Senales did not went home empty-handed after winning bronze in their competitions.

In the figureskating competition held at the SM Megamall Ice Rink, Alisson Perticheto and Christopher Caluza brought home a silver each in their events.The men's and women's water polo teams also went home with medals. The men defeated Malaysia in a thrilling final match in the round-robin tourney to capture the silver medal. While the Pinays are the bronze medalists in their field.

Weightlifting also contributed with a silver and bronze, courtesy of John Ceniza and Mary Flor Diaz.

In the cross-country mountain bike competitions held at Laurel, Batangas, Avegail Rombaon and EJ Flores are the bronze medalists in their respective gender divisions.

With these influx of medal production for the hosts Philippines in Day 1, expect more medals come Day 2.

Tune in to Sagisag PH for more SEA Games updates!