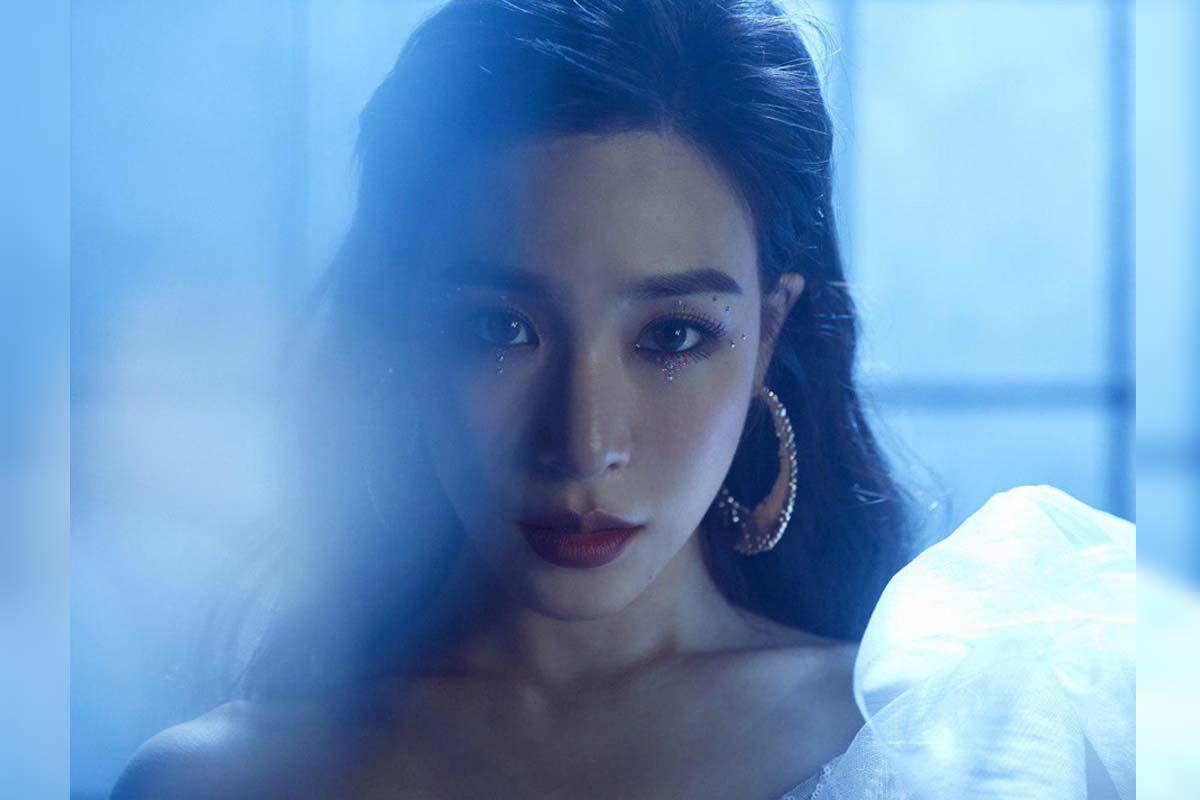 
Young Ones and Sones, are you excited to meet Tiffany?

Girls’ Generation’s Tiffany Young is coming to the Philippines to hold her “Open Hearts Eve” Part Two tour which will happen on January 25, 2020 at the New Frontier Theater, Cubao, Quezon City. 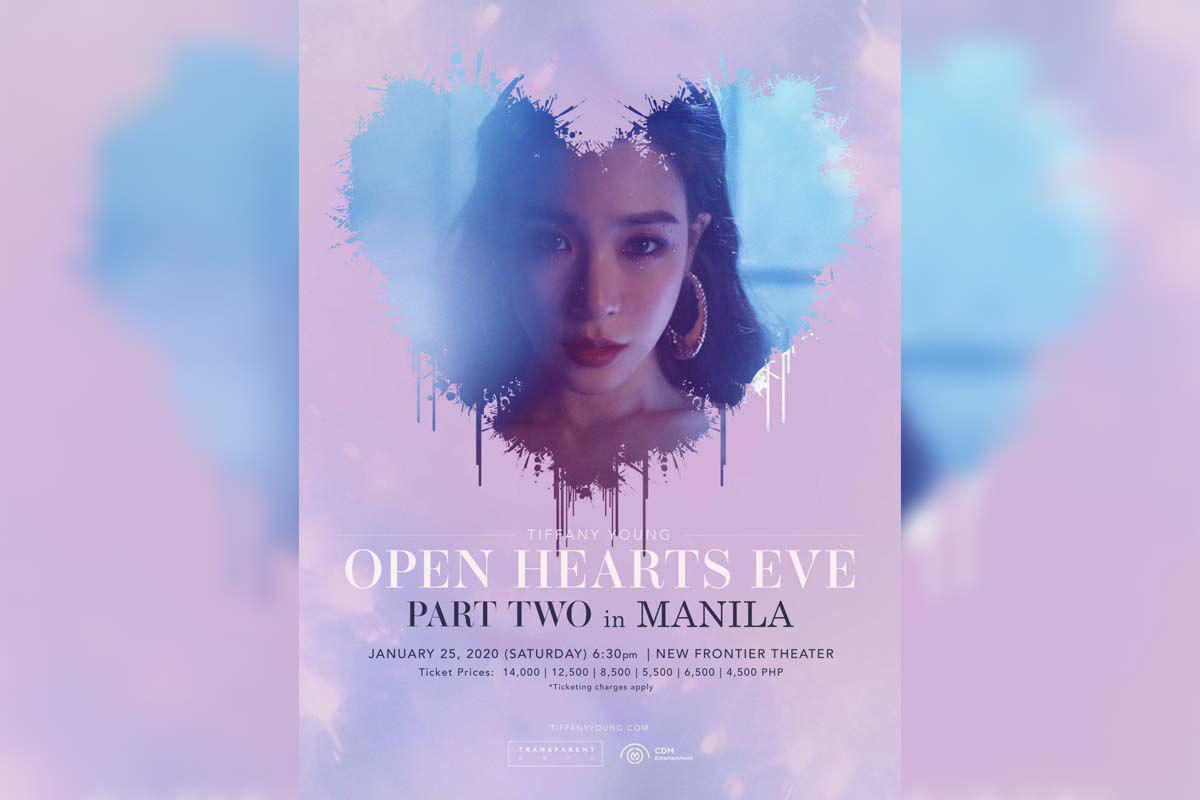 Here are the seat plan and the ticket prices. 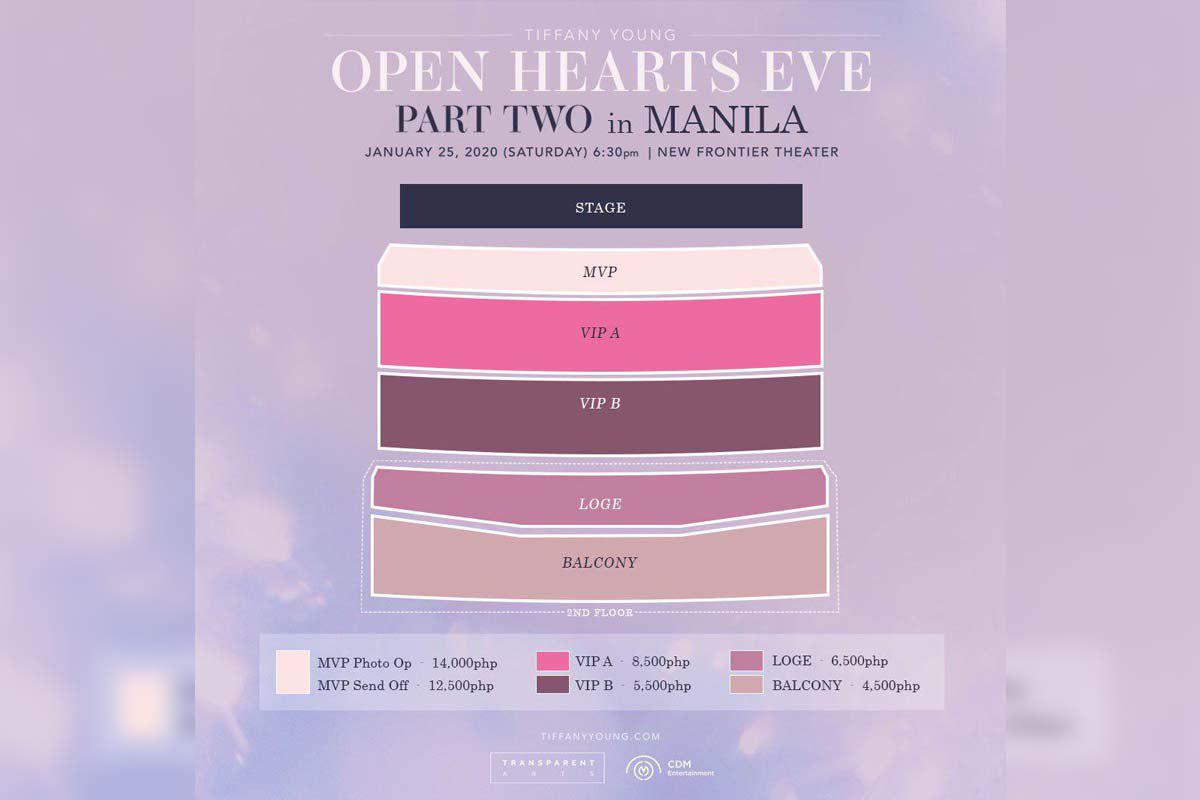 Ticket prices are as follows:

Fan benefits are also available, depending on what ticket you’re going to get. 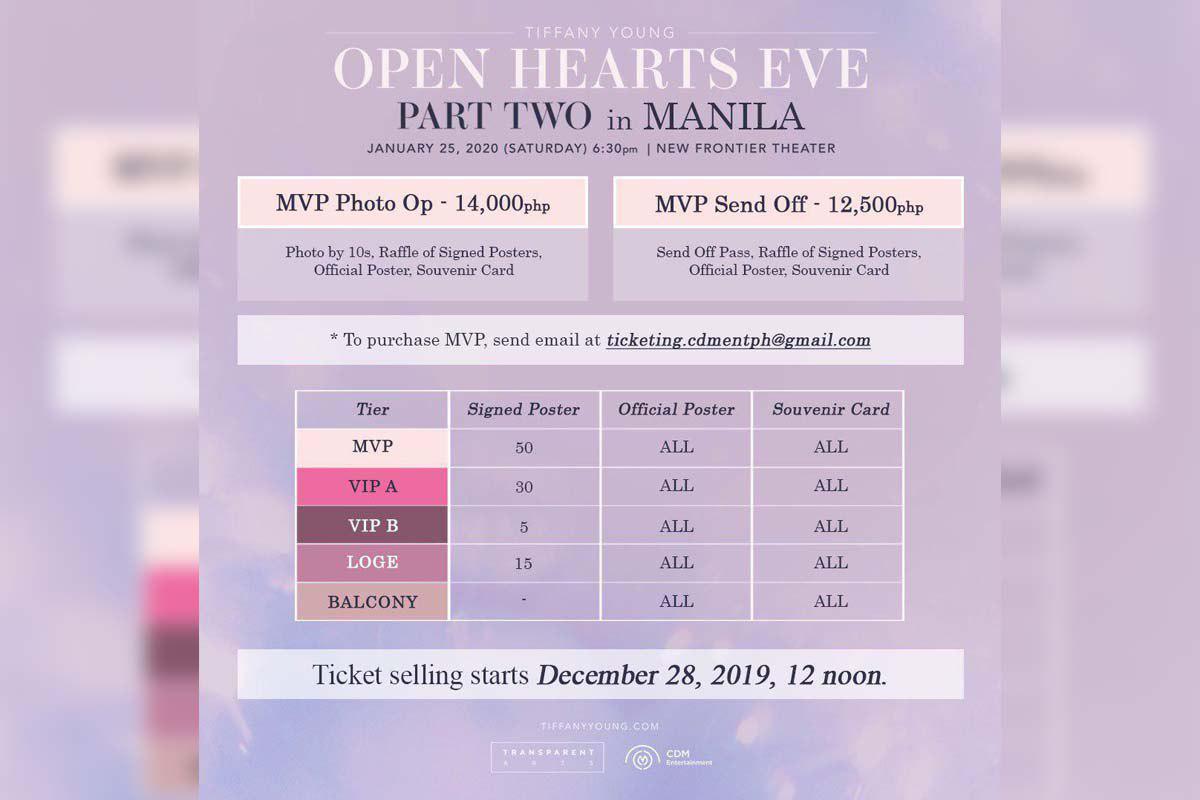