Largest SEA Games Ever Kicks Off In True Pinoy Fashion 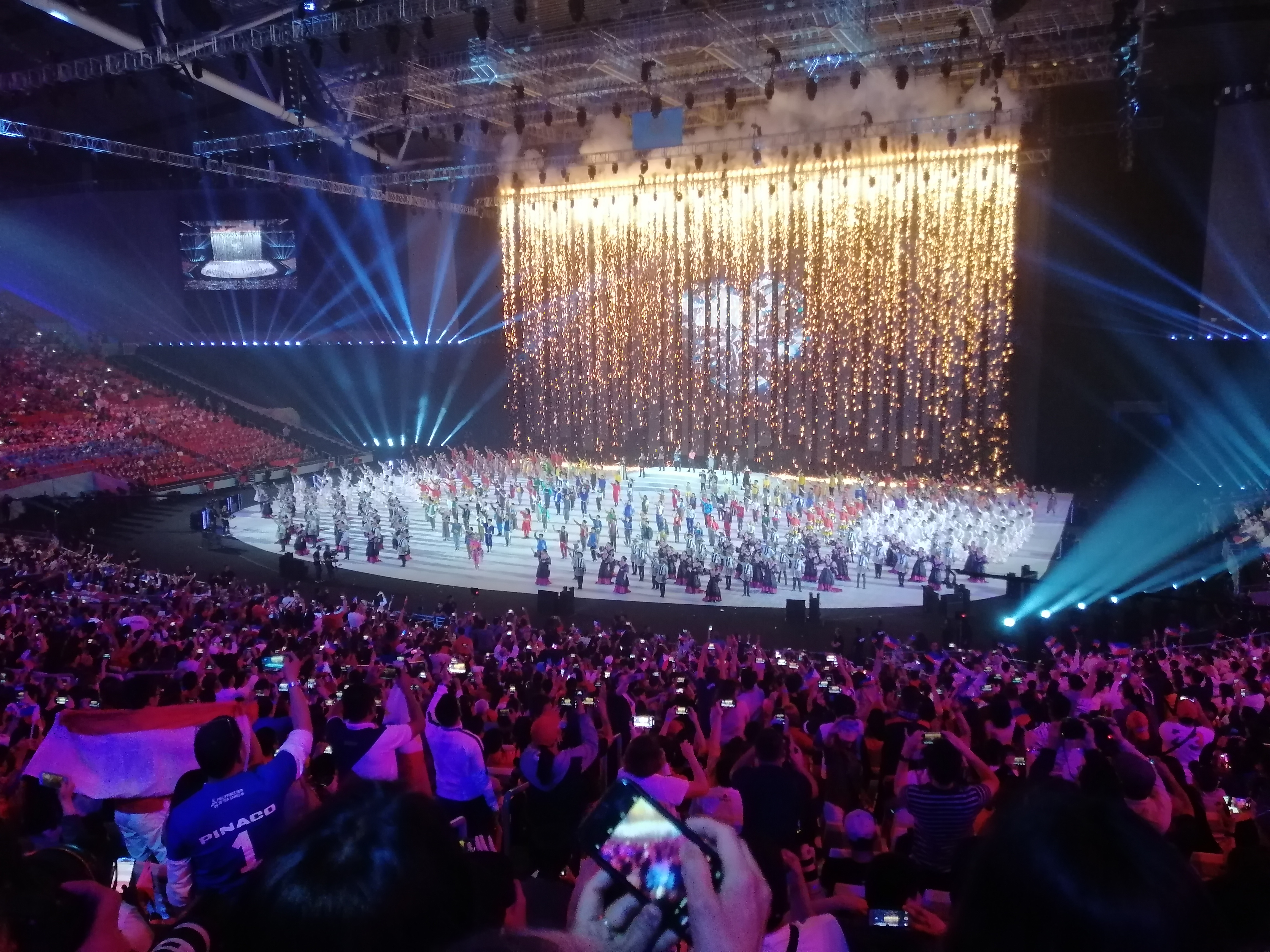 Over 20,000 people inside the Philippine Arena roared as the 2019 SEA Games opening ceremony draws to a close.


Big boost for the Philippine delegation, who will vie for the overall title which they last won in 2005

The Filipinos are known to exhibit a grand way of hospitality to guests coming over.

That Pinoy brand of hospitality was highlighted around its neighboring countries during the elegant opening ceremonies of the 30th Southeast Asian Games (SEAG) at the Philippine Arena in Bocaue, Bulacan.

This year's edition of the biennial sporting competition is the biggest in history as 56 sports will be played in various areas in the Luzon island.

Duterte declared the games open in the middle of the program.

Sultan Hassanal Bolkiah of Brunei Darussalam was the guest of honor in the ceremony.

Internationally-known Pinay singer Lani Misalucha sang the national anthem of the Philippines at the start of the program.

The highlight of the night was the Athletes' Parade, where the 11 nations paraded with their best athletes competing in the 11-day event.

Filipina beauty queens served as the muses for the 11 countries participating from the Southeast Asian region.

The hosts proudly entered the arena, with a thunderous roar from the crowd, as the iconic Manila Sound song "Manila" served as the background music for the 1,868 Filipino athletes and officials in the march.

A pre-recorded lighting of the cauldron, located at the New Clark City Athletics Complex at Capas, Tarlac, were led by eight-division boxing world champion Sen. Manny Pacquiao and Pinay amateur boxer Nesthy Pestecio to complete the night for the hosts.

Cayetano underscored the value of having passionate teamwork among Southeast Asian countries in achieving its goals not just in the SEAG but also in its regional matters.

"In Southeast Asia, we are passionate we are ready to make sacrifices. We are believers in teamwork," said Cayetano.

The PHISGOC chairperson added, "we look at our athletes and we look at the truth we see strength. We see wisdom we look at these young people… in them we see passion sacrifice, discipline teamwork and respect."

The 2019 SEA Games will formally start tomorrow and will end on December 11. There will be four clusters in the venues of the events: Clark cluster, Subic Bay cluster, Metro Manila cluster, and some areas in Southern Tagalog region and La Union province.