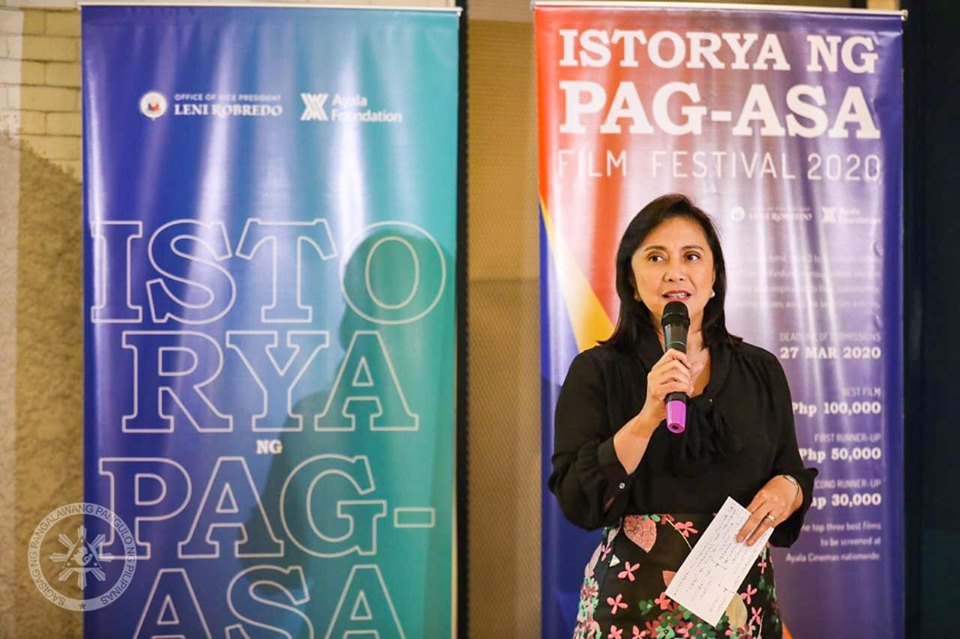 
“Filipinos will be united around the common values of hope, of perseverance, deep faith, and the goodness of humanity.” - VP Leni Robredo

The Office of the Vice President (OVP) is now accepting entries for the upcoming 2020 “Istorya ng Pagasa” Film Festival (INPFF).

Spearheaded by Vice President Leni Robredo, “Istorya ng Pagasa” Film Festival was officially launched on November 27, Wednesday, together with the celebration of its third anniversary. The INPFF is a project initiated by the OVP together with Ayala Foundation, Inc. which aims to gather both established and aspiring Filipino filmmakers to bring stories of hope and inspiration to the nation.

The deadline of submission of entries will be on March 27, 2020 as announced by the OVP during the film festival launch.

“It is our hope that through Istorya ng Pag-asa—lalo na iyong Istorya ng Pag-asa Film Festival—Filipinos will be united around the common values of hope, of perseverance, deep faith, and the goodness of humanity,” Vice President Leni Robredo said, emphasizing that it is the underlying theme of every story.

Reaching its third year, participants are given another try for their short films to have their creations to be shown at Ayala Malls Cinemas nationwide.

“We can change the conversation and build our nation with hope that transcends gender, social status, political party, religion or region, or business affiliation.” Vice President Leni Robredo quoted on the Film Festival.

The competition is open to all Filipinos, both professional and aspiring filmmakers, local and overseas-based Filipinos. For more information about the competition, participants can visit the official website of “Istorya ng Pagasa."