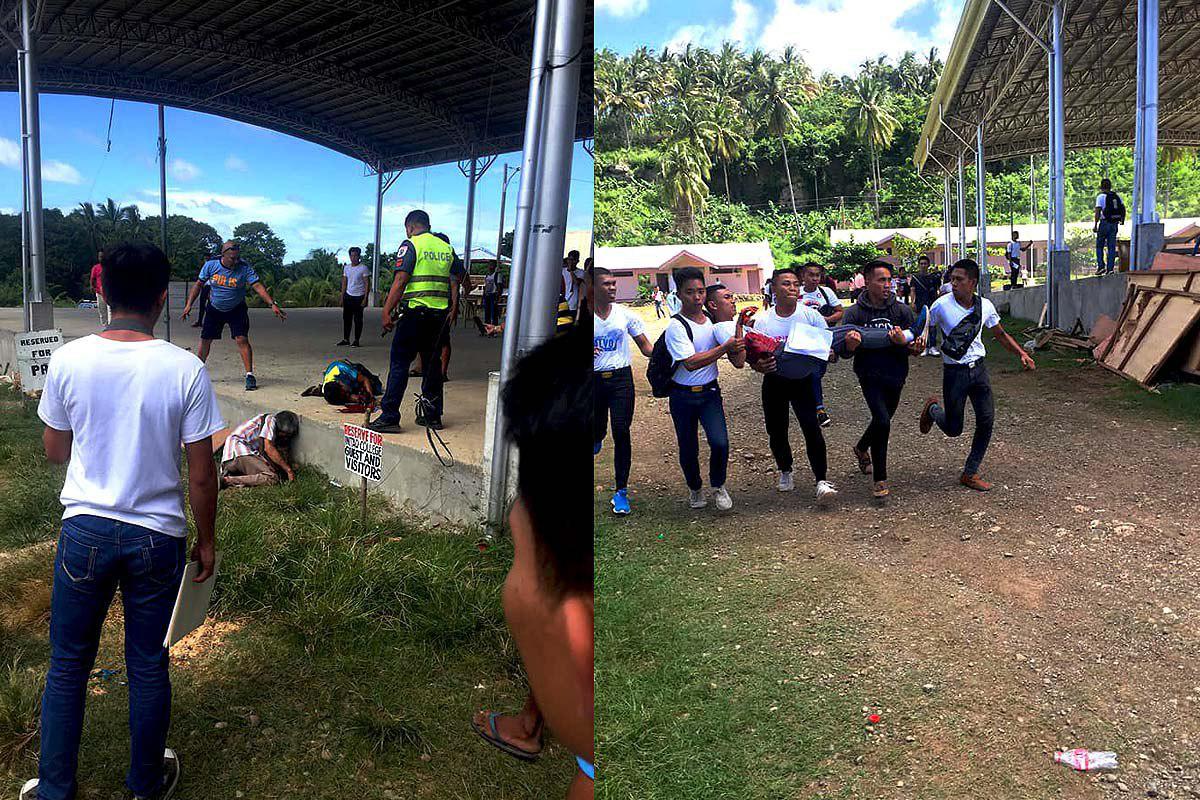 Two found dead and 17 are injured after a grenade exploded inside a school in Initao, Misamis Oriental on Thursday.

Two of the casualty in the explosion was Ibrahim Bashier, he was the one who brought the grenade while the other one is Police Master Sergeant Jason Magno.

According to the police, Bashier just got out from the Department Of Environment and Natural Resources (DENR) near the school that was found with logs in his vehicle.

Bashier created a scene in the DENR office causing the people to run to the covered court of the school which has no gate.

Police have responded when Bashier created a ruckus, while being held down he dropped the grenade causing it  to explode.

Magno died because of the explosion and bashier died from gunshots fired at him by the police.

Students were also among the people hurt in the explosion.