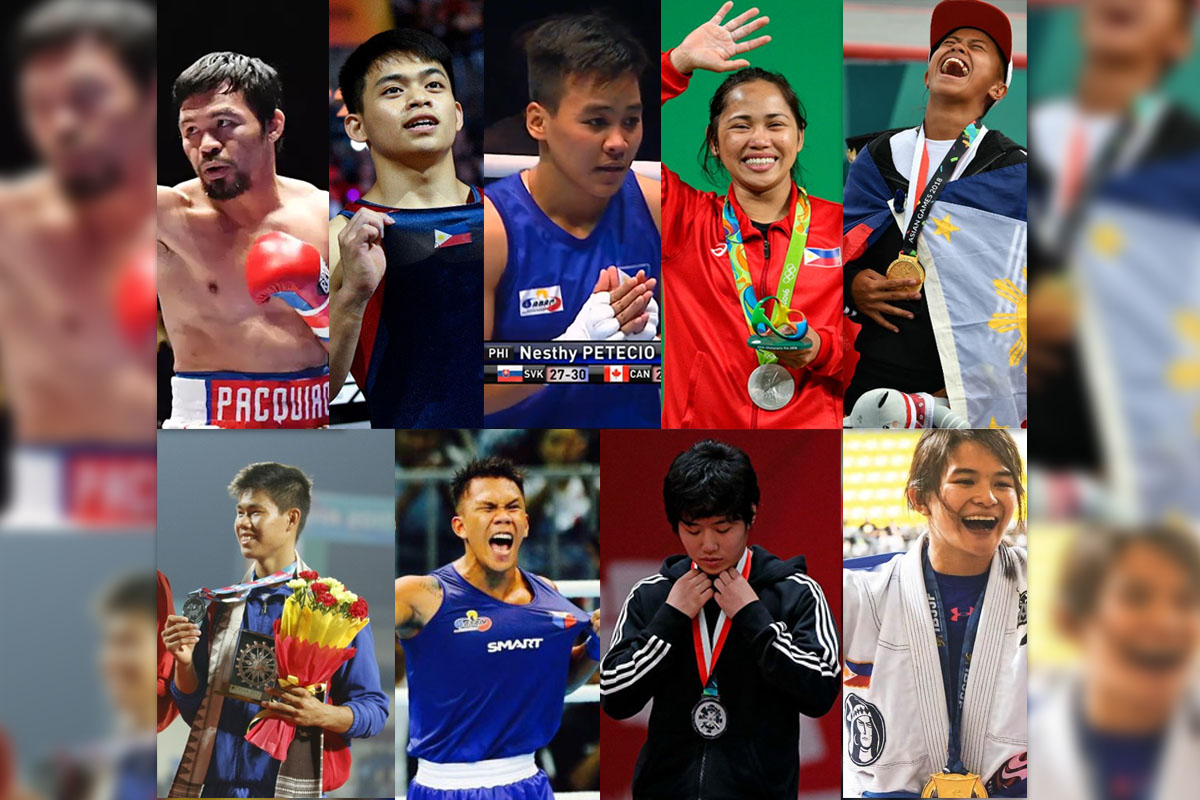 Pinoy Athletes who will be the torchbearers and flag bearers for the the 2019 SEA Games.


The much-awaited 2019 SEA Games is right around the corner and the Philippines’ official Torchbearers and Flag Bearers have been introduced.

Here are our Pinoy Prides who’ll lead us in the opening ceremonies of the tourney:

There’s no denying it, People’s Champ Manny “Pacman” Pacquiao is the first person who’ll come to mind when we hear “Philippines” and “boxing”. Well, he worked hard for it, dragging the name of the country on top of the boxing leaderboard.

Pacquiao is the only eight-division world champion in the history of boxing, having won twelve major world titles. He is also the first boxer to win the lineal championship in five different weight classes.

On top of these, Pacquiao is the first boxer in history to win major world titles in four of the eight "glamour divisions" of boxing: flyweight, featherweight, lightweight and welterweight.

Maintaining the good image of the country in the boxing scene is one of our representatives to the 2019 SEA Games, Nesthy Petecio. Petecio made the whole country proud when she bagged a gold medal at the 2019 Women's World Boxing Championships. With this, she earned the title for being the second Filipina to be a World Champ after Josie Gabuco.

In a nation dominated by basketball and boxing, Carlos Yulo raised the flag of gymnastics. Yulo brought home the Philippines' and Southeast Asia’s first-ever world artistic gymnastics gold during the FIG Artistic Gymnastics World Championships. He is also the second Filipino to qualify for the 2020 Tokyo Olympics following Pole Vaulter EJ Obiena.

However, Yulo could not attend the opening ceremonies to prepare for his upcoming event.

Pole Vaulter EJ Obiena is the first Filipino to qualify for the 2020 Tokyo Olympics after recording a 5.81 meters for men’s pole vault at the Salto Con L’asta In Piazza Chiari 2019 in Italy. He is a Gold medalist at 2019 Summer Universiade and 2019 Asian Championships in Men's Pole Vault event. He also ranked 15 out of 30 at the 2019 World Athletics Championships.

Another Pinoy Pride in the field of boxing is Eumir Felix Marcial who was a Silver Medalist at the AIBA Men’s World Boxing Championships and a Bronze medalist at 2018 Asian Games.

Margielyn Didal is someone who the country needs to know more about. She did not only make the country proud of her breakthrough in skateboarding, but she also has the most inspiring story.

Didal is a gold medalist at the 2018 Asian Games. She recently concluded 2019 Skateboarding World Championships in the Top 15. Margielyn has also recently won 2 international tournaments in the US.

Kiyome Watanabe raised the Philippine flag in the field of Judo after she wins a silver medal at the 2018 Asian Games. Watanabe also made the country proud when she won 3 times at a SEA Games champion. She is currently ranked 23rd in the world.

Hidilyn Diaz is the first Filipina athlete to secure an Olympic medal during the Rio Olympics in 2016. She also made the whole Philippines proud when she won its first Asian Games gold in weightlifting during the Jakarta games. Recently, Diaz brought home another 2 Bronze Medals from the World Weightlifting Championships in Thailand.

Like Yulo, Diaz will not be able to attend the ceremony as she needs to prepare for her event.