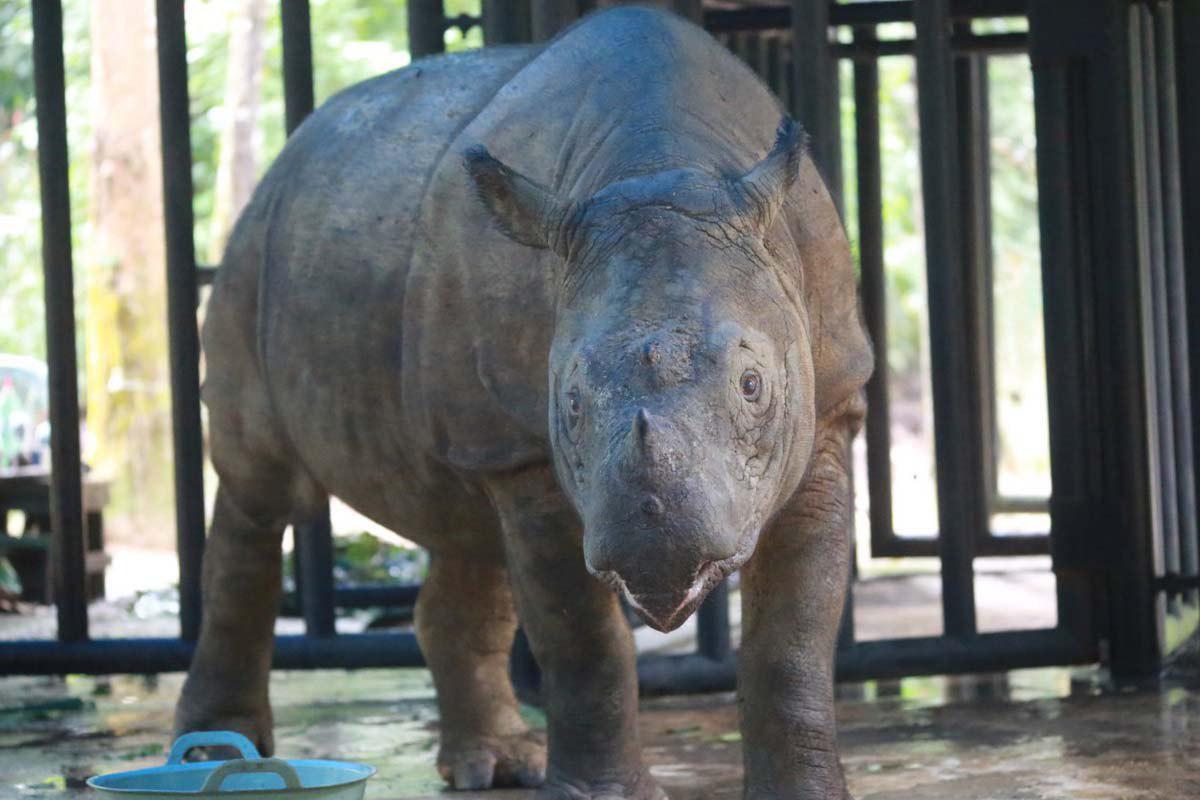 LAST MOMENTS. After several years of struggling with cancer, Iman, now rests along with other extinct species.


An entire species extinct in Malaysia.

The last surviving Sumatran rhino in Malaysia has died due to cancer, wildlife officials said on Sunday, November 24.

"She was starting to suffer significant pain from the growing pressure of the tumors," Tuuga said.

Iman had escaped death several times in the past few years but wildlife officials managed to nurse her back to health. They too, obtained her egg cells for a possible artificial insemination in order to reproduce the critically endangered species, however it turned out to be unsuccessful.

A report by Inquirer explained that the “Sumatran rhino is the smallest of the rhinoceros species and the only rhino with two horns. The species once roamed across Asia as far as India, however their number drastically dropped.”

Stated in an article by Rappler, John Payne, executive director of Borneo Rhino Alliance, explained that the drastic drop of Sumatran rhino population was due to climate change,deforestation, and poaching.

The World Wildlife Fund (WWF) conservation group estimates that there are only about 80 left of the entire species, mostly living in the wild in Sumatra and Borneo.